Anyone who knows movies knows Cannes, the legendary film festival which debuts some of the most anticipated films of the year.

Cannes has long welcomed queer cinema among its official selections, but in recent years, the festival has taken steps to court more films featuring LGBT themes. 2010 saw the festival introduce the so-called “Queer Palm,” a special prize awarded to movies of the gay genre.

This year’s selections represent the growth of gay cinema on a worldwide scale, with the movies coming from nations as varied as Argentina, Kenya, Sweden and South Africa. Such growth should send some clear signals to Hollywood as well, where uneasy executives still take issue with gay characters in movies. They should also send a message to some of their home countries, where homosexuality is still stigmatized, or worse, declared illegal.

Based on the life of Argentine serial killer Carlos Puch, this thriller has already generated a good deal of buzz for the lead performance by newcomer Lorenzo Ferro. The film hints that Puch and his murdering accomplice, Ramon, killed because they were too timid to have sex with each other.

A creepy lesbian love story from Swedish writer John Ajvide Lindqvist (Let the Right One In), this film centers on a lesbian customs official who might just be out of her mind…and imagining her lover. It’s that kind of movie. 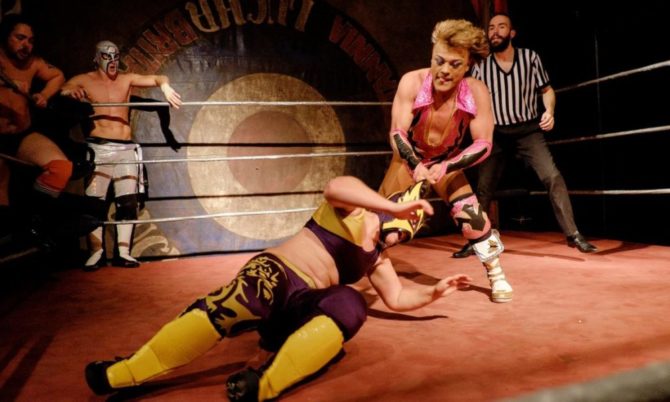 This doc spotlights Cassandro, the champion drag queen wrestler. Please reread that sentence again. Why can’t we have that kind of wrestling stateside?

Not to be confused with the Lion King character of the same name, this Rafiki concerns two Kenyan women in love who reject cultural dictums demanding they marry men. Since Rafiki has already been banned in it’s native Kenya, you know its hit a nerve.

Remember the movie Billy Elliot? (See it if you haven’t.) This Belgian film takes the premise to a new level: a young girl dreams of becoming a prima ballerina, facing a tremendous obstacle: she’s born with the body of a male.

A middle-aged writer and single father falls for a young student in this French rom-com. Together, they form something of an ironic family, as the two men wonder how long their love can really last.