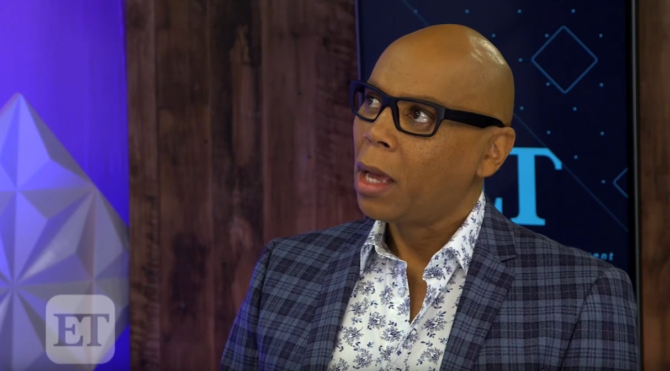 RuPaul’s Drag Race follows a well-worn formula, and it can generally be counted on to run smoothly. Fans await the Snatch Game episode with eager anticipation, and while we’re a little more suspicious of the inevitable acting assignment, 9021-HO managed to be pretty enjoyable. But for every Reading Challenge and Makeover Episode, there are some crutches that are getting too weak to lean on anymore.

As season 9 draws to a suspenseful close, here are 8 things RuPaul’s Drag Race needs to stop doing next season… 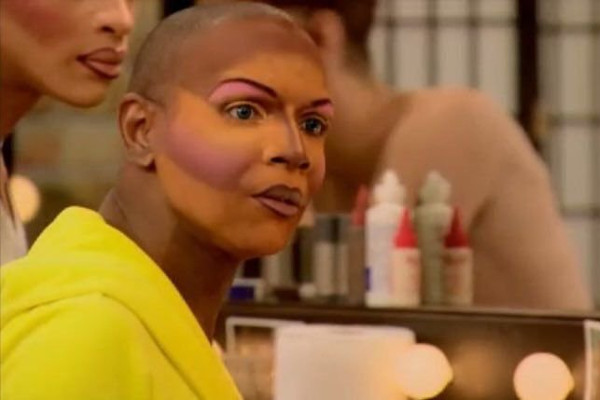 You know the drill: a drag queen you’ve never heard of walks through the door. There’s a loud drum, then a deafening silence as we cut to a shot of another queen reacting in utter horror. Next, there’s a series of tense confessionals about how they’ve never liked each other, or how they used to like each other before some barely-described incident. And then we have to hear about it every week until they magically both end up in the bottom two and one sends the other home. But really, does it add anything? Imagine the way Alyssa Edwards’ lovable kookiness could have shone through if she hadn’t been forced to hash it out with Coco Montrese every seven minutes. How much better would Thorgy have done if we didn’t have to pretend she hated Bob?

Which leads me to my next point: 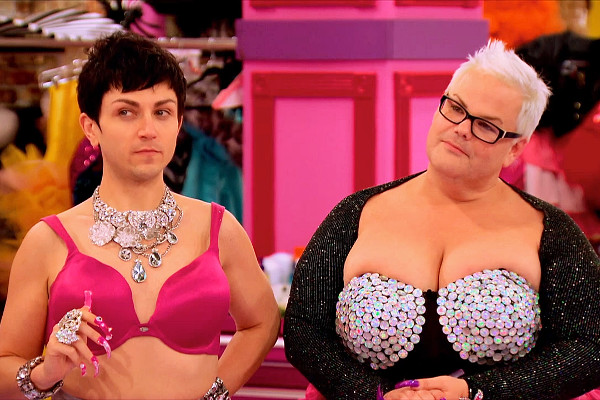 Sometimes, it feels like everyone is getting along, and we’re trying awfully hard to create rifts between the girls. You know what? Let them have fun! You’ve cast a roomful of professional entertainers, and they’re perfectly capable of being entertaining without intervention. There’s no reason to put that omnipresent shade sound after everything Darienne Lake says before cutting to a reaction shot of BenDeLaCreme looking like someone shot her dog. Maybe they’re just throwing light, playful shade, like drag queens do! My favorite moments are the ones that don’t seem so forced. Remember when the Season 4 girls had a “Jesus is a Biscuit” sing-along? Let’s have more non sequiturs like Aja’s life-affirming nose weight loss story. 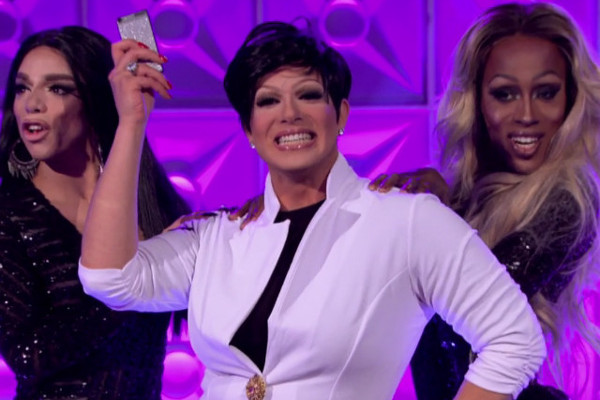 This season has seemed pretty pander-y. I get that they’re trying to pull in a bigger audience, but it’s a shame that having mass appeal means losing some of the show’s niche weirdness. They’ve barely even referenced Paris is Burning. Instead, we’ve had workroom segments that feel like literal Public Service Announcements about the AIDS epidemic and the Pulse massacre. Why are we giving Gay Tragedy 101 classes to the straight viewers? It says everything that Season 7’s musical was based on John Waters movies and Season 9’s was based on the Kardashian family. 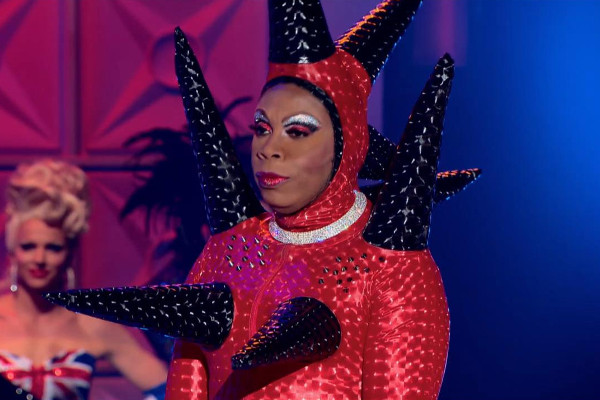 Drag is getting phenomenally diverse, but Drag Race is pretty stuck on its pretty girls. To give credit where credit is due, we had an honest-to-goodness freak take the crown in Season 4. But overall, the producers seem to feel a little “been there, done that” about our unconventional sisters. Club kids like Milk and Vivacious never had a fighting chance; even a legend like Acid Betty couldn’t outlast that Britney impersonator. If the game favors a very specific type of queen, then maybe it’s time to change the game.

Oh, speaking of which: 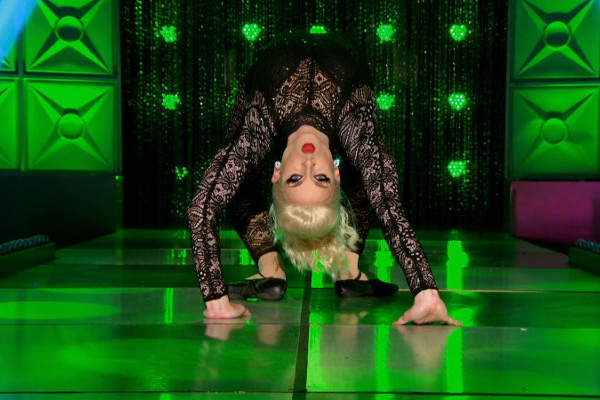 There’s a reason that loud, funny queens excel at this game: the tasks they are assigned most often involve being loud and funny. It makes sense: it’s a TV show, and more people will tune in if the show is loud and funny. But there’s enough pizzazz in the workroom to allow for a little more interest elsewhere. The early seasons spent more time making sure that the girls had a broad range of talent: writing, sewing, modeling, singing, graphic design, etc. In this season’s sewing challenge, Charlie Hides was “safe” after making a full-on ball gown, while Trinity won because her starfish had a funny accent. We could stand to applaud a wider range of skills. 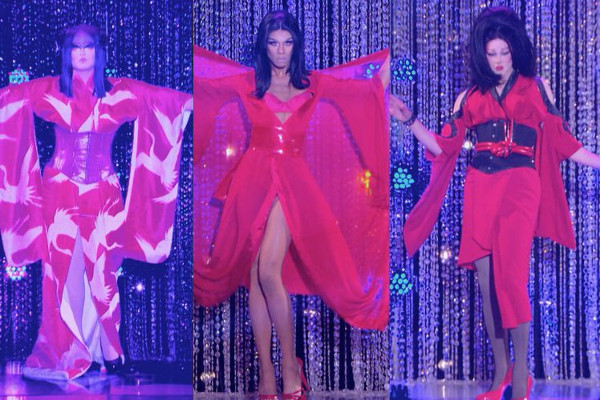 We seriously had a second Madonna runway? Come on. I know that (including two rounds of All Stars) this is the show’s eleventh season, but there are a lot of avenues left to explore. At the very least, we should be dredging up ideas from the show’s first couple years instead of redoing an assignment we just watched. Plus, we already had the all-Gaga premiere: Let’s focus on creativity instead of forcing the queens to be mannequins for someone else’s work. 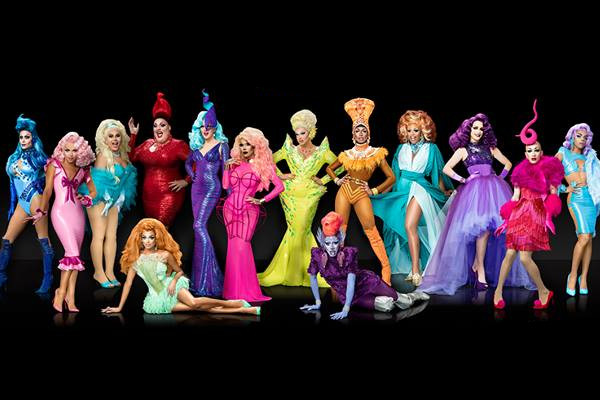 More queens does not mean better TV. The entire beginning of this season has felt hurried and hectic because we started out by adding instead of subtracting. Since then, it’s been clear that several of these hopefuls couldn’t snatch the crown unless everyone else in the race suddenly died. And while the room is stuffed to the gills with fillers, we’re forced to skip the mini-challenges and fast-forward through essential pieces of the puzzle like the runway (that Naughty Nighties segment was practically subliminal). For season 10, let’s set the max at 12 queens and throw down a double elimination early. 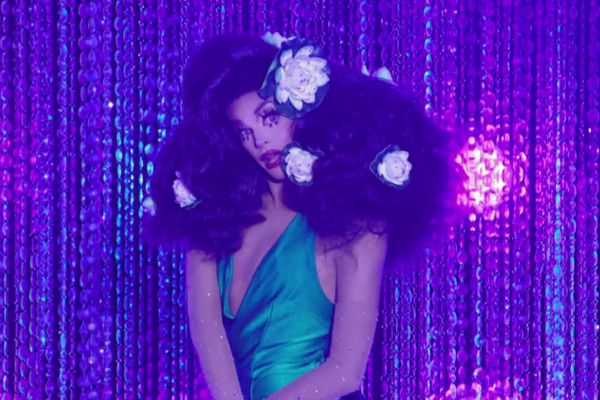 Come on, the purple lighting is worse than the Season 1 soft focus. I have no idea what some of these runway outfits even look like.

What would you like to see done differently in Season 10? Let us know in the comments below!

Chris Kelly performs under the drag name Ariel Italic; you can find her on Instagram, Facebook, Twitter and her blog–or see her host a RuPaul’s Drag Race viewing party this Friday at Brooklyn Bazaar.