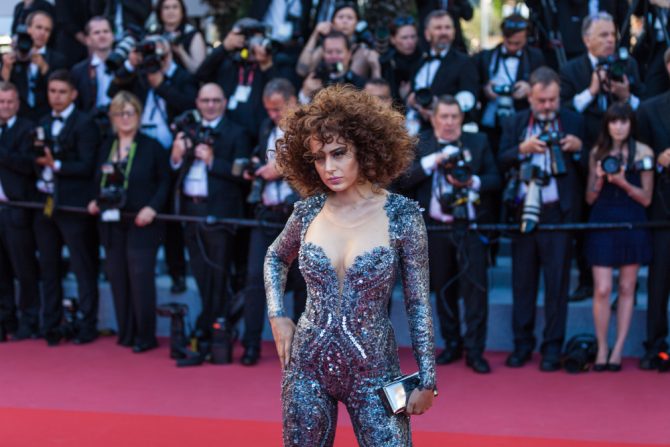 Kangana Ranaut is an award-winning Bollywood actress with over 2 million followers on Twitter. She’s also a self-proclaimed “cheerleader” for the “homosexual community” who sometimes uses antigay slurs, even after her gay fans have asked her not to.

This week, the 33-year-old actress got into a heated conversation with a journalist on Twitter. After she called the man a “sissy” and a “eunuch,” a fan responded by saying, “We really admire you – if we may say, please do not use homophobic language. It negates and weakens your argument.”

The fan added, “The lgbt community have enough oppression. Using these derogatory terms in a normalised way is equally offensive and it takes away from your shine.”

Dear Kangana – We really admire you – if we may say, please do not use homophobic language. It negates and weakens your argument. The lgbt community have enough oppression. Using these derogatory terms in a normalised way is equally offensive and it takes away from your shine.

To which Ranaut responded by claiming to be the “biggest cheerleader for the homosexual community.”

“I am the biggest cheerleader of homosexual community,” she wrote. “Please see the dictionary meaning of what I have written. I have not made any derogatory remarks for LGBT community never in my dreams, recognise your well wishers and support them.”

I am the biggest cheerleader of homosexual community, please see the dictionary meaning of what I have written. I have not made any derogatory remarks for LGBT community never in my dreams, recognise your well wishers and support them 🙂

Except that Ranaut really isn’t much of a cheerleader. Or, if she is, she’s not a very good one.

Aside from praising India’s Supreme Court for striking down the country’s law against homosexuality in 2018, calling it “great news,” Ranaut doesn’t appear to have much of a history in “cheerleading” for LGBTQ causes or supporting any LGBTQ organizations.

She does, however, have a history of engaging in causal homophobia during interviews.

In January 2019, she was criticized for using a homophobic pejorative when she told an interviewer, “Sissy men don’t like women to be fierce.”

After fans informed her that the term “sissy” was offensive to gay people, she used it again in December 2019 when she accused some of her male colleagues of being “spineless” and “sissies” for not agreeing with her on a political issue.

“Bollywood is full of cowards who are full of themselves,” she said. “All they do is just look into the mirror 20 times a day. … Pumping their muscles in the gym the whole day. That’s who they are.”

After Ranaut proclaimed to be a “cheerleader for the homosexual community” this week, fans once again informed her that her casual homophobia is a problem.

Then check your internalized homophobia, because “sissy” in the modern age is 100% a gay slur, and throwing the accusation of femininity (because sissy means “effeminate and cowardly”) on someone is also depowering and insulting to feminism.

kangana ranaut called this person “sissy” in order to insult them and then also called herself ‘the biggest cheerleader of the homosexual community’ in the very next line. ma’am when will you stop clowning and finally accept that you’re a piece of shit? 😍😍😍

Because you have been an advocate for LGBT rights, we just wanted to highlight that words like sissy are deemed derogatory. It’s no different to saying ‘baila / bailo’.
Love. x

Also, no. You, a cisgender straight woman, do not get to tell us to recognize our well-wishers and support them. The gay community gets to decide that based on your actions, and your current actions are not a good look for you. Listen and learn from those in the community.

After initially engaging with fans on Twitter, Ranaut went radio silent when the tried explaining why her repeated use of the word “sissy” is offensive. She has not issued any further comment on the matter. Here’s hoping she got the memo this time.