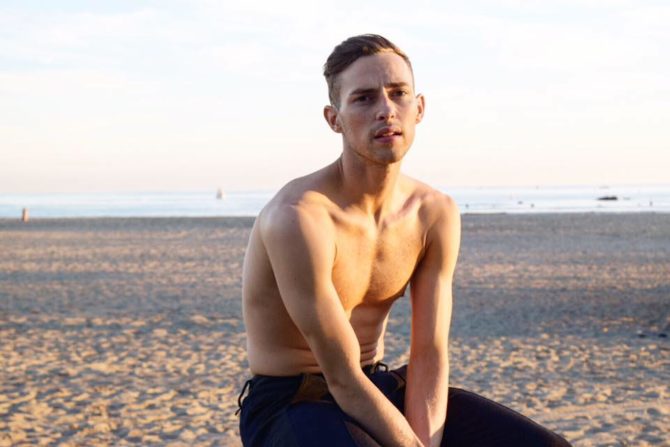 This just in: Adam Rippon is in love. Like, seriously.

The figure skater first revealed he had a boyfriend last month on Instagram when he shared a picture of himself with Finnish-born Jussi-Pekka Kajaalaa along with the caption, “Good boys Finnish ?? first”.

In an interview with PEOPLE, he explained the pair had had talked for “seven months” before finally making it official, adding that the relationship was still “fresh.”

Well now, he says, things are getting serious. Like, seriously serious.

Rippon recently told Extra that he met his hot Finnish boyfriend on Tinder while attending a skating competition in the north Europe country “many months ago.”

When asked if Kajaala still lives in Finland, Rippon, currently kicking ass on Dancing with the Stars, responded: “He does, but he’s actually moving out here.”

The presenter then asked: “Oh, so [it’s] serious?”

To which Rippon simply responded: “Yes.”