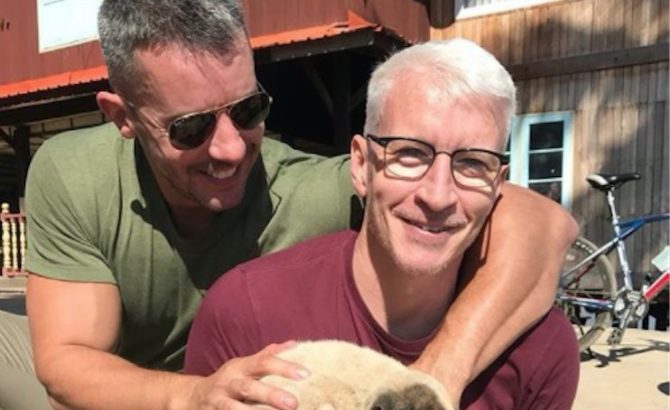 It brings us no pleasure to report that Anderson Cooper and longitme boyfriend Benjamin Maisani have called it quits after nine solid years.

“Benjamin and I separated as boyfriends some time ago,” Cooper said in a statement to the Daily Mail. “We are still family to each other, and love each other very much. We remain the best of friends, and will continue to share much of our lives together.”

It brings us a moderate amount of pleasure to think that Coop is back on the market, but only in a daydreaming fantasy sort of way.

Or is he? That fantasy is mosty dashed by the news that Anderson is already dating someone new — Dallas radiologist Victor Lopez.

Lopez reportedly visited Cooper in New Orleans in January where he was filming a 60 Minutes segment about Confederate monuments, and nothing could be more romantic than dismantling white supremacy.

Just this week, Maisani and Cooper were photographed at their shared home in Manhattan.

Meanwhile, photos of Lopez and Cooper have popped up on Lopez’s Instagram (it’s set to private).

So here’s a picture of Cooper with Conan instead:

Talking with #conanobrien tonight about his upcoming trip to #Haiti. See the interview tonight on @andersoncooper360 on #CNN 8pm est. @teamcoco

We can confidently report that Cooper and Conan are not dating, however.