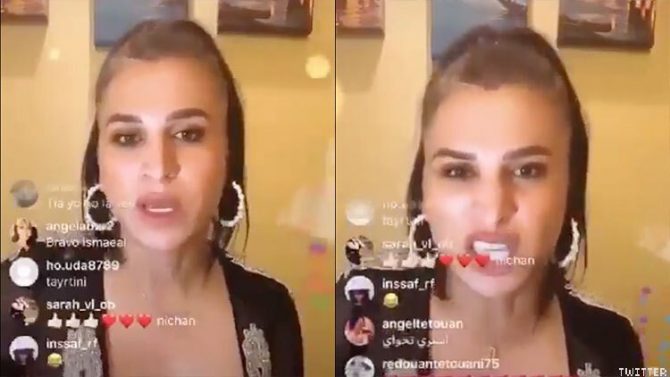 Sofia Taloni is a Moroccan expat living in Turkey. Last week, she encouraged people in her home country to create fake profiles on apps like Grindr and PlanetRomeo so they could out closeted men in their local communities.

In Morocco, homosexuality is punishable with up to three years in prison. LGBTQ people have no legal protections and are often subjected to harassment and physical violence. What makes the story even worse is that Taloni herself is trans and, presumably, fled the country for this very reason.

Related: One Gay Tourist’s Harrowing Account Of Being Yanked Off The Streets Of Morocco And Thrown In Prison

Thankfully, Instagram deleted her account on Friday, but not before PlanetRomeo saw a huge uptick in fake profiles created by people looking to out closeted men. Not only that, but public Facebook groups were then created to circulate their images.

It got so bad that PlanetRomeo had to issue a warning to users in Morocco.

“We took immediate action by sending a security message to all our 41,000 users in Morocco,” says Jens Schmidt, founder and CEO of PlanetRomeo, in a statement. “We blocked all profiles created from the time this person addressed her users, and contacted Facebook to have the group page taken offline.”

Facebook responded by putting out a statement that said, “We don’t allow people to out members of the LGBTQ+ community. It puts people at risk, so we remove this content as quickly as we can.”

One young man who had his pictures published online tells Insider,“I’m not just afraid, I’m certain that I will be kicked out immediately. Or worse, beaten up.”

Another calls the whole thing “a witch hunt” and says he’s “living in constant fright,” adding that he’s already begun preparing how he will defend himself when his family inevitably finds out.

Related: Hours after outing man on Facebook live, woman found dead on side of the road