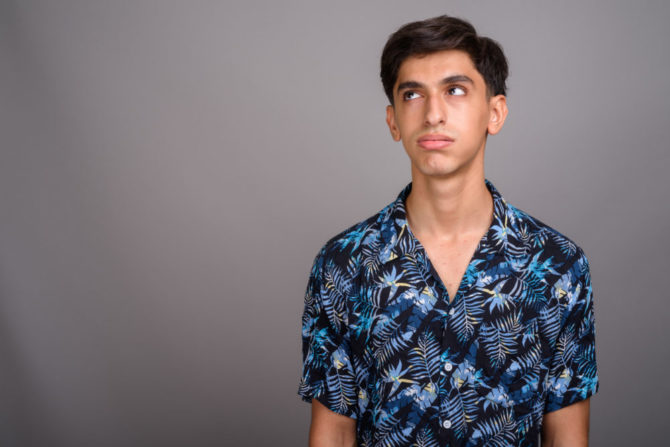 A young bisexual man has had it up to here with people’s ignorant remarks regarding his sexuality, so he’s taken to Reddit to voice his outrage.

“I am a bisexual man and I currently have a gay boyfriend,” the man writes. “Before this I’ve had a bisexual boyfriend, casually dated a bisexual woman, and had a straight girlfriend.”

In other words: He’s a well-rounded bisexual.

“I just want to point out the most annoying things I have experienced and experience,” the man continues. “These are not traumatizing, just annoying.”

He then proceeds to list the seven most annoying things he’s experienced as an openly bisexual man. They are:

Not all of his fellow bisexual Redditors seem to agree, however.

“I’m bi, pretty f*ckin’ needy, and would totally be down for one of my straight female friends watching me make out with a guy,” one person replies.

“Wait… Really… Why AM I so needy?” another jokes.

Others were more understanding.

Related: This married gay couple wanted to spice things up… so they became a bisexual thruple

“I feel like being bi across the board for most of us is a lot of convincing people you’re really not just into men and trying to hide it or be kinky/interesting,” someone writes.

“Hey man, just be yourself, those people only exist to annoy people like us,” another says.

A third person comments, “I personally wouldn’t want to watch my significant other kiss anyone else, but I guess we all have different things that get our motors goin?”

To our bisexual readers out there: What are some of the most annoying things people have said to you about your sexuality? Sound off in the comments section…