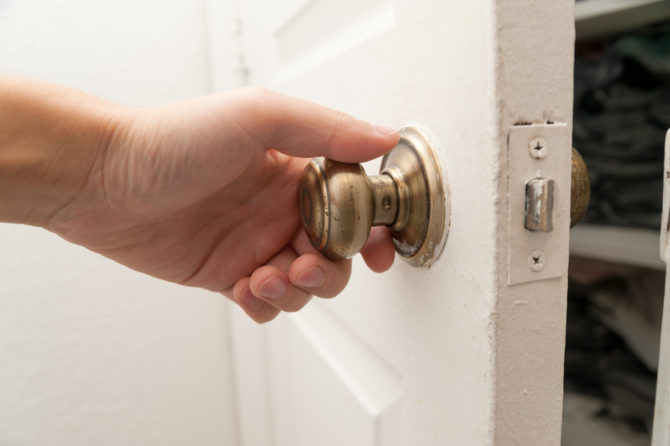 A new survey released by the Center for American Progress (CAP) reveals an unsettling trend in anti-LGBTQ discrimination and how it’s changing people’s behaviors.

The study, which was just released this week, found that one in four LGBTQ-identifying Americans have suffered discrimination because of their sexual orientation or gender identity in the past year.

Coincidentally, it was the same year Donald Trump ran a ruthless presidential campaign that was based on hatred and intolerance alongside a staunch homophobe… and won.

Here are some of the study’s findings:

David was one of the survey’s nearly 900 respondents. He works at a Fortune 500 company with a formal nondiscrimination policy for LGBTQ people. But he says that alone is not enough to make him feel comfortable at work.

“I’m trying to minimize the bias against me by changing my presentation in the corporate world,” he says in his interview with CAP. “I lower my voice in meetings to make it sound less feminine and avoid wearing anything but a black suit. … When you’re perceived as feminine — whether you’re a woman or a gay man — you get excluded from relationships that improve your career.”

David’s not alone in feeling this way.

But the survey’s most alarming findings were the number of LGBTQ people who are retreating back into the closet.

36.5% of respondents said they keep their relationships hidden, and 42% say they only talk about them in vague terms. 31.2% said they avoided speaking about LGBTQ issues in social situations, and 23.9% said discrimination has caused them to avoid social situations altogether.

The survey concludes with a call for better civil rights laws that protect LGBTQ people from discrimination:

“The civil rights struggle is a constant one,” Durso says. “I do think that [nondiscrimination laws] help to marginalize the idea of discrimination against LGBT people and move us toward a world in which that discrimination just happens less often.”