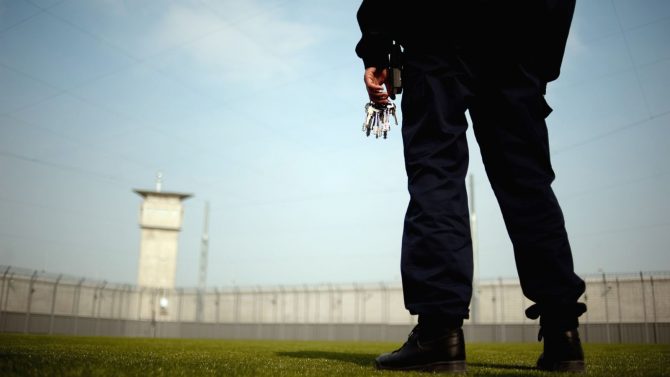 A U.K. man has just won an unfair dismissal lawsuit against his former employer who he claims unjustly fired him following years of homophobic abuse.

40-year-old Ben Plaistow was hired as a prison officer at a correctional center called HMP Woodhill in Milton Keynes, England back in 2014. In 2016, he was fired after suffering years of verbal and physical abuse from colleagues when they learned he was bisexual.

According to Paistow’s lawsuit, once word got out that he was bisexual, his supervisor, Vicki Laithwaite, and several other prison officers started harassing him, regularly commenting on his appearance and calling him things like “gay”, “poof”, and “vermin.”

As a result, Paistow tried styling his hair differently and stopped having his eyelashes tinted in an effort to avoid being harassed. But this did little to quell the abuse.

As time wore on, the attacks worsened.

One day, prison officers scribbled all over Paistow’s work bag with pink permanent marker. They also colored on his uniform. When Paistow asked Laithwaite to have the bag replaced, she refused.

Eventually, Paistow replaced the bag himself, only to have his coworkers color the new one pink as well and smear the inside with “fairy cake.” When Paistow complained to Laithwaite, she threatened to have other officers turn in false reports against him to have him fired.

In addition to the verbal abuse and having his personal property vandalized, Paistow also had water thrown on him and was slapped by another coworker during a staff meeting.

“I felt as if all my dignity had been taken away,” he told the court this week.

Paistow was eventually fired in 2016 after being accused of using unnecessary force against a prisoner while breaking up a fight. CCTV and witness testimony from the prisoner involved later determined no unnecessary force was used.

This week, a judge determined Plaistow was unjustly fired because of his sexuality.

“The coloring of the claimant’s bag and the refusal to replace it, meaning that he had to carry a pink colored bag to and at work on a daily basis were acts of harassment designed to create a humiliating or offensive environment,” Judge Ord said.

The judge continued: ” From the earliest days at HMP Woodhill he was subjected to verbal and later physical abuse based upon his sexual orientation. He was unfairly dismissed and his dismissal was an act of victimization.”

on the stand
10 comments