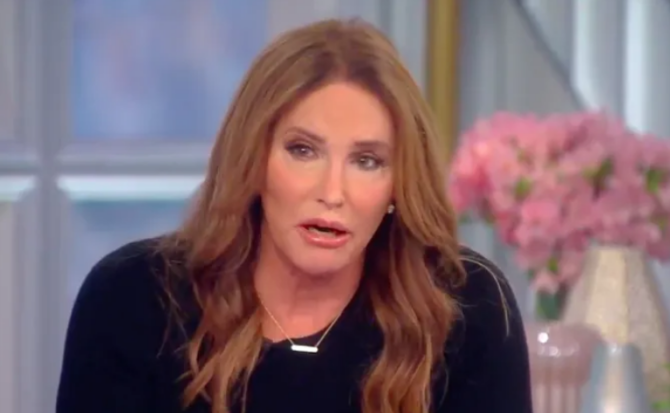 Caitlyn Jenner has been dining at the Beverly Hills Hotel for “decades,” but the historic venue just ascended to the top of her sh*tlist after an incident involving, of all things, distressed denim.

The failed California gubernatorial candidate railed against the restaurant on her Instagram story, writing: ““F*ck your horrible service for not letting me have lunch with this tiny rip in my jeans. Shame on you. Disgusting. I have been a patron for decades. No longer.”

She also shared a photo of the rip. TMZ spoke to an unnamed source who reported Jenner was “really caught off guard, especially because she was dressed in full hair and makeup. Caitlyn’s jeans were more distressed denim than ripped jeans, making it that much more surprising to her.”

In response, the hotel referred to its dress code, which is posted online: “At the Polo Lounge, we encourage you to dress for the occasion, so we ask that you refrain from wearing casual hats, ripped denim, crop tops, nightwear, swimwear and men’s sleeveless shirts.”

It seems the hotel could have just as easily let Jenner dine, which makes us wonder if whoever showed her the door had an ulterior motive. If you’re that person, feel free to get in touch.