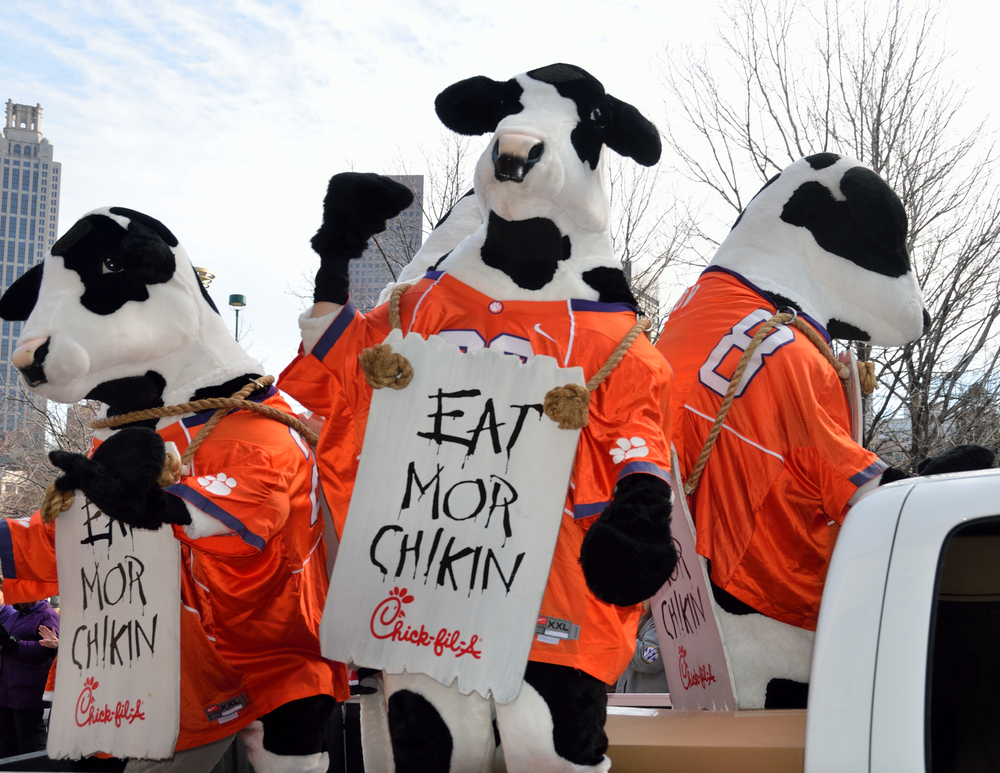 If you’re upset over Chick-fil-A’s continued donations to anti-LGBTQ groups, you’re probably not going to like the company’s justification either.

Vice president of corporate social responsibility and executive director of the Chick-fil-A Foundation, Rodney Bullard, recently told Business Insider that the company feels a “higher calling” about its donations and isn’t so preoccupied with “any political or cultural war that’s being waged,”

“The calling for us is to ensure that we are relevant and impactful in the community, and that we’re helping children and that we’re helping them to be everything that they can be. For us, that’s a much higher calling than any political or cultural war that’s being waged. This is really about an authentic problem that is on the ground, that is present and ever present in the lives of many children who can’t help themselves.”

Bullard went on to defend the company’s $1,653,416 donation in 2017 to the Fellowship of Christian Athletes (FCA) even though the FCA has “sexual purity” guidelines forbidding its collegiate athlete members from “homosexual acts.” The FCA’s statement of faith also says, “We believe that marriage is exclusively the union of one man and one woman.”

Bullard said, “We actually had a conversation two years ago about this very thing and said, ‘Alright, we’re probably going to get dinged. But the impact is real and authentic.’ And so, there was a judgment call.”

In 2017, Chick-fil-A also donated $150,000 to the Salvation Army, a charity with has a history of opposing LGBTQ non-discrimination protections. Business Insider says the Salvation Army is “actually an evangelical church … [and] now emphasizes its commitment to serving the LGBT community and that it does not discriminate based on sexual identity in hiring.”

Similar to the FCA, Bullard says its Salvation Army funds go towards bringing kids to summer sports camps and providing Atlanta children with toys during the holidays.

Chick-fil-A may think it’s helping all those kids, but continued anti-LGBTQ sentiment will hurt some of them in the long-run. Chick-fil-A could take a stand against the groups’ homophobic views, but it won’t, especially since its business has been booming since the company began speaking out against same-sex marriage almost a decade ago.

Bullard said, “At the end of the day, the impact — that’s really what’s important for us. We don’t want our intent and our work to be encumbered by someone else’s politics or cultural war. If something gets in the way of our mission, that is something that we are mindful of and cognizant of.”