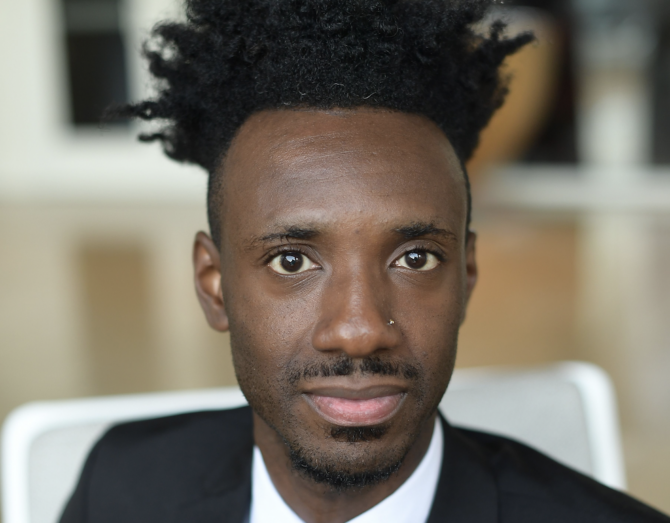 When we think of Donja R. Love, a few words come to mind, such as innovative, trailblazing, and fierce.

Unapologetically, Black, queer, and HIV-Positive, the Philadelphia-born playwright discovered that, even when he failed to find the right words to say out loud, writing became his superpower. And he’s flexed that power quite a bit.

“And also — when I was younger, I had a really bad stuttering problem. And for a few years, I actually didn’t talk and I would write down whatever I was thinking. I never made that connection of, ‘Even at this young age, you’re being set up for your purpose of writing’, until I became HIV positive”, Love said in an interview.

Love studied African American Studies and Theatre at Temple University, ultimately departing the school before graduating. After leaving his studies behind, Love was diagnosed with HIV in 2008. His diagnosis became the catalyst towards him diving deeper into writing and becoming a graduate of Julliard’s Playwriting program in 2019.

From there, his groundbreaking play one in two was born. Based the 2016 CDC statistic that 1 in 2 Black men who have sex with men will be diagnosed with HIV, the play was met with critical acclaim, cementing Love’s voice in the playwriting world.

Love’s work centers the narratives of the Black LGBTQ community, people who are living with HIV, and those who reside at the intersection of both groups. And with plays like one in two, Sugar in Our Wounds, and Fireflies, Love continues to provide representation to marginalized communities that rarely see their narrative played out in art, let alone a holistically developed one.

“I think first and foremost, as a Black queer person living with HIV, that’s just so innate in my being. So of course it’s going to come in my artistry”, Love said in an interview for INTO

Thankfully his work doesn’t stop at playwriting. Love has been bringing content to the screen and most recently partnered with The New Group, the same production company that produced his play one in two. The two forces combined to create the web series i need space, detailing the stories of Black queer love and connection, all told through video chats.

His work has been developed by, The Lark, Rising Circle Theater Collective, Manhattan Theatre Club, and The Playwrights Realm. His most recent play, soft, was developed by the Williamstown Theatre Festival and will premiere at the MCC Theater in New York City during Pride month.

Additionally, he’s been the recipient of numerous awards, such as the Terrence McNally Award, the Antonyo Awards’ inaugural Langston Hughes Award, the 2020 POZ Award for Best Play, and the Helen Merrill Award, to name a few.

Aside from penning powerful content, he works alongside his husband on The Each-Other Project, a non-profit organization they co-founded that’s dedicated to building community and offering visibility, through art and advocacy, for LGBTQ People of Color. But that’s not enough, as Love launched the Write it Out program to support the professional development of playwrights living with HIV.

Love has dedicated his career to creating art that reflects the world he sees and pushes for the rest of the world to see it too.

A Black queer boy who couldn’t find the right words in his youth grew up to be a Black queer man who found his voice through art and encourages others to do the same. Nothing could make us prouder.

Subscribe to Queerty for a daily dose of #donjar.love #pride50 stories and more