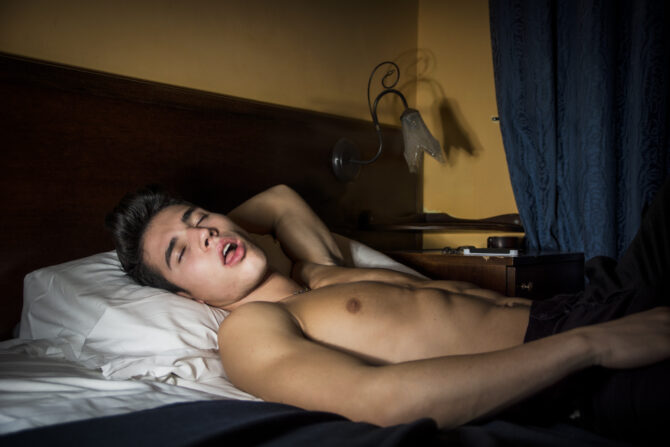 If you love gaming and watching player streams, you may have come across the term “dreamsexual” on Discord channels and comments sections. But instead of being welcomed with open arms, many of these “dreamsexuals” are treated with disrespect and outrage.

Why is the term “dreamsexual” so controversial, and how is it related to Minecraft? Read on to learn more about the true meaning of this term, its origins, and how to use it correctly.

RELATED: Being A Panromantic Asexual: What It Means And What You Should Know

The aromantic counterpart of a dreamsexual is a dreamromantic, somnioromantic, or sognareromantic. Little is currently known about this sexual and romantic identity, as it has yet to be studied in depth.

Somniosexual – A term for when someone only feels attraction while dreaming, or attraction only to people in dreams. pic.twitter.com/XsWjdsQXh6

What Is The Asexual Spectrum?

Dreamsexuality falls under the asexual spectrum, which is an umbrella term for sexual identities that feel little to no sexual attraction to other people. Here’s a quick breakdown of some of the sexual identities found on this spectrum.

These are just some of the sexual identities under the asexual umbrella. If any of these sounds like they describe how you feel, go through online resources on gender and sexuality to learn more about that sexual identity. Finding a label that best describes your feelings can give you a sense of community and shine a light on your experiences.

Don’t Confuse This With The Term Used By Dream Stans

This sexual identity has recently become controversial because the same term has been used by fans of Dream. Dream is a Minecraft YouTuber and Twitch streamer best known for his game speed runs and the series “Minecraft Manhunt”. He also created the private Minecraft survival-multiplayer server Dream SMP, which features other content creators doing roleplay.

Dream has seven YouTube channels that have a combined total of over 39 million subscribers. Some members of his devoted fanbase recently started calling themselves “Dreamsexuals”. These Dream fans describe themselves as people who are attracted to Dream or feel a strong connection to him. Many of these fans assert on social media that this is a valid sexual identity.

The unfortunate consequence is that the term “dreamsexuality” has earned serious negative attention online. Members of the LGBTQ community have criticized the use of this term by Dream’s fans, claiming that it mocks the community and strips sexual identities of their significance. Dream fans, in turn, have created their own “Dreamsexual” Discord channels, claiming that these are safe spaces where like-minded people can talk about their love for Dream without feeling judged.

Be mindful when using the term “dreamsexual”, as it’s become associated with mockery of micro-identities and online trolling against the LGBTQ community. The sexual identity known as dreamsexuality is unrelated to Minecraft, Dream’s fandom, or their sexual attraction to him. Many people have chosen to use the term “somniosexual” instead to separate themselves from the fandom.

What Is The Dream Sexuality Flag?

The most popular version of the dreamsexual flag was created by Fandom user Clear Skies. It has stripes in shades of yellow and blue, plus a crescent moon and a cloud at the center of the flag.

A second version known as the somniosexual flag was posted on February 5, 2017 by Tumblr user beyond-mogai-pride-flags. It consists of light lavender and darker purple stripes, as these colors are frequently used to represent dreams. Alternative versions of the somniosexual flag feature a dreamcatcher in the center.

Don’t confuse these flags with the flag of Dream’s fandom who call themselves Dreamsexuals. Their flag has white, black, and green stripes. Some versions add shades of gray in between. Tumblr user “xxdreamgender-rightsxx” has made a version of this flag and given the following meanings for each color:

Dreamsexuality describes feelings of being attracted to people in your dreams, but not in real life. This asexual identity has nothing to do with Minecraft or the streamer Dream. If you feel that this description applies to you, you may want to use the term “somniosexual” instead to avoid confusion.