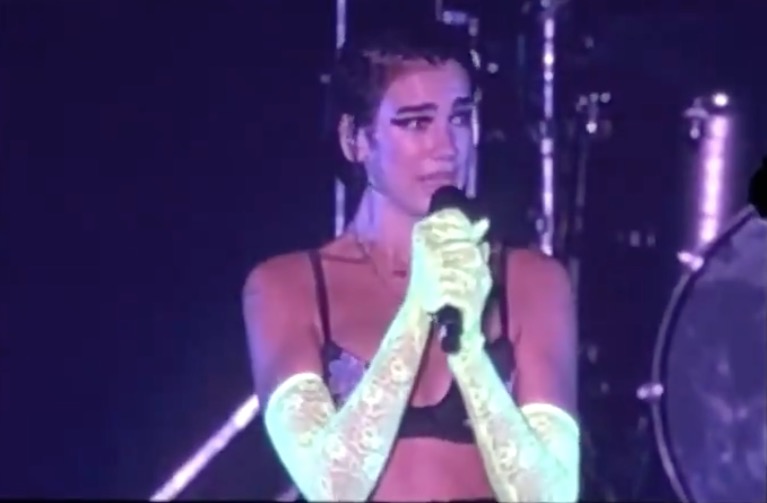 Pop singer Dua Lipa cried on stage this week as LGBTQ fans attending her concert were forcefully dragged out by police, ostensibly for “standing up” during the show. But many who were there say the real reason was that the fans were waving rainbow flags.

Multiple videos have been posted on social media that offer glimpses of the disturbance, which took place in Shanghai, China.

At @DUALIPA 's shanghai tour, few people been kicked out by the safeguard because they're waving Rainbow Flag #Dualipa #LGBT pic.twitter.com/3zhWXnaadK

New vid here. They’ve been dragged out with no dignity,Dua cried on the stage pic.twitter.com/pRD0qJMmG3

As she witnessed her fans being forcefully removed, Dua Lipa was visibly shaken on stage, tearing up and telling the crowd she wants to create a “safe environment.” “[I] would love in these last few songs for us to really, really, really enjoy ourselves. How about that?”

After the upsetting show, the pop singer issued a statement, telling fans how proud she is of them:

“I will stand by you all for your love and beliefs and I am proud and grateful that you felt safe enough to show your pride at my show. What you did takes a lot of bravery. I always want my music to bring strength, hope and unity. I was horrified by what happened and I send love to all my fans involved.”