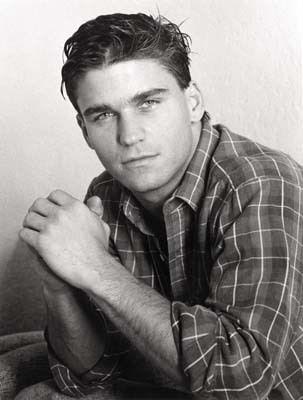 At least once a week, I get asked, “Whatever happened to that Joey Stefano biopic you were going to do?”

Every time, I sigh and reply, “Still trying to find the financing. Got a million bucks?” This for nearly eighteen years.

The 1994 overdose death of Joey Stefano (born Nicholas Iacona) began haunting me a week after the tragedy of Sept 11, 2001. 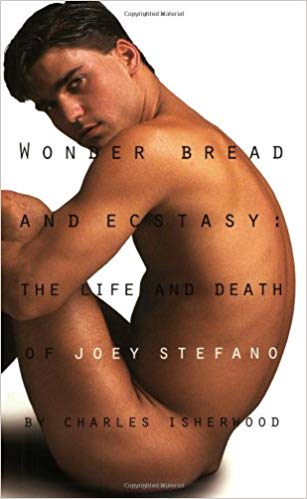 Chi Chi was the ringleader of this group and no one would be able to tell this story properly without him. However, my plans were squashed when he emailed me back, “I have ZERO interest in ever talking to you about this as a movie.”

I spent the next nine years in LA in and out of casting, working for the showrunners on Crossing Jordan, battling cancer, and working as an assistant to an actress. Like a lot of aspiring behind-the-screen types in Hollywood, I spent most of my time writing screenplays for producers who didn’t have the money they claimed in order to produce my scripts, which had been optioned for one dollar.

On a summer night in 2010, I was done with LA and ready to move back to Atlanta, where I grew up. Sitting at St. Felix with some friends, my buddy Adam Cuculich tried to convince me to write, produce and direct my own film. I had no interest in directing. “The only story I’ve ever wanted to direct is the Stefano biopic and Chi Chi 86’d that years ago.” After explaining my fated email in 2001, Adam felt enough time had passed. We paid our tab, we rounded the corner and ran smack into one Chi Chi LaRue. It had to be a sign, right?

The next morning, I sat down with LaRue himself and convinced him to let me write the script. But I would need him to help me get in touch with the others. He had rightfully circled the wagons after Stefano’s death. They were family and families don’t spill secrets.

I had drinks with Sharon Kane at the Abbey and lunch with Chris Green at Aroma Cafe. I flew to New York and interviewed Robert Prion, Michael Musto, and Jerry Douglas. I flew to Las Vegas and interviewed Chi Chi competitor Brian Maley, who found Joey’s lifeless body at that Hollywood La Brea Motel in November 1994.

The reporter, “Mickey Skee,” eluded me for months, until I randomly discovered by accident that I actually already knew him as Mike Szymanski and he sang in the choir at my church. I would discover this information when Mike called me while I was standing in a hallway at Cedars Sinai, where Stefano was pronounced “expired.”

Geoff Gann (aka “Karen Dior”) died in 2004, Fred Bagey (aka “Gender”) vanished off the face of the Earth, and I couldn’t locate Tony Davis to save my life. Stefano’s family declined all interview requests.

I interviewed close to a hundred people. It was important for me to interview everyone personally and only use the research, interviews and archives that Mike provided to me. Mike’s apartment is a vault of history, containing clippings, photos, tapes, and notes going back nearly thirty years. My research took about a year before I had the first draft.

I wanted the “realies” (what I called “the real people”) to sign-off on the script. Even in places where action might be a composite of events, I wanted them to feel I portrayed them accurately and authentically. Read: I didn’t want to stand up in a Q&A next to Chi Chi and have him scream, “That never happened!”

I was also obsessed with finding the infamous red shirt everyone spoke of in their interviews. The story of the “red sweatshirt” first appeared in an article Mike wrote for Manshots about the night of Joey’s death. The shirt was passed around the mourning friends, just hours after he died, still damp from his sweat. Sharon didn’t have it. Chi Chi didn’t have it. No one could remember who had it. Chris thought Geoff had it or one of Geoff’s lovers had it, but most of them were dead.

With the script completed, I attached Missi Pyle as “Sharon Kane,” Willam Belli as “Geoff Gann/ Karen Dior,” and Ryan O’Connor as “Chi Chi LaRue.” Years later, I attached Michelle Visage as a talk show host (a composite character from the 90s) and Alaska as “Gender.”

At least six of those actors have since come out publicly over the last nine years. At one point, the team for one of the biggest names in Hollywood said, “It’s perfect for him! We love this script and it’s a great role!” and two days later, “Can we stick a pin in this? He’s going into rehab.”

At one point in 2018, we had a “Joey” lead officially on the hook. I was ecstatic. His agents were ecstatic because he hadn’t taken any film roles since he started his successful series. The day we were going to make the announcement, they emailed he had cold feet and was scared about getting the role wrong.

Each time a cast announcement was released, it was picked up by nearly every gay news site all over the world. On Good Friday 2012, we released character photos of Ryan, Missi, and Willam through The Advocate and I received a phone call saying we temporarily crashed their servers from the traffic.

The budget hovered at around a million dollars. That’s not a lot of money, but it’s also A LOT of money. That’s all actors making favored nations at about two thousand a week at SAG-AFTRA low scale. It probably wouldn’t afford the nineties soundtrack we want. And it would be a lot of the time-honored Hollywood indie tradition: beg, borrow, steal. It would mean asking friends to work as extras for free on big days. It would be good food (which is the most important thing on any set) and no trailers. The reason is financial: You want the investors to make their money back and a small profit, but investing in an LGBTQ centric film about an adult star in 2010 was a huge risk.

Potential investors appeared and disappeared (one, committing suicide after a major fraud investigation). One producer claimed to have an in with a major studio and months later, fired for embezzlement. One was a pathological liar and had to be legally removed.

For years, I would call the attached actors, “so there’s been some new interest” only to have the trail go cold months later. It was soul-crushing. God knows Chi Chi grew tired of seeing my name pop up on his phone with news of another interested investor, only to have him disappear.

In 2012, my short film “Groom’s Cake” (and the feature film sequel, “Birthday Cake”) hit the festival circuits and we won awards all over the world. I tried to travel to as many cities as possible, hoping I would meet a millionaire/s who would invest in the new film. Lots of leads, which all went cold. I’ll be the first to admit “Cake” isn’t “Schindler’s List.” It’s a mockumentary made for $15,000. And to date, thanks to a terrible distribution deal, we still haven’t made half of that back.

I learned from Ava DuVernay while working on “Selma”: “It’s all in self-distribution now. You have to distribute it on your own.”

Burned and heartbroken, I put “Joey” away, hoping it might find the right timing in a few years.

In 2017, everything changed: “Moonlight” won Best Picture. “Call Me By Your Name” was an awards darling.

Everyone in Hollywood was suddenly clamoring for “their Moonlight.” The phone started ringing again. “Do you still have that Stefano script?” Another set of producers materialized and once again, empty promises all around.

But the landscape had officially changed. Hollywood was seeking and distributing LGBTQ centric films in theaters and on television now more than ever before. To name just a few: “Love, Simon,” “Killing Eve,” and, most recently, “Batwoman.” Even “Queer Eye” and “Will & Grace” were back.

And of course, “Pose” changed representation for trans actors forever. Steven Canals blew the door off the hinges.

Two years ago, I got a phone call from Tony Davis’ husband, Wayne. He had found my Facebook page for the film. Tony was diagnosed with AIDS in 1993 and hit hard with meningitis in 2013 and again in 2014. He’s 75% disabled and the brain lesions left him verbally and mobility compromised, according to Wayne, who was able to help me understand Tony. They both read the script and loved it. I made a trip to LA and met them.

While sitting with them at the Renaissance Hotel with Wayne and Tony, who I’d finally found, Mike called me and said he’d found something he had to show me. He had recently come across a box of Karen Dior’s clothing and each of the pieces had little notes pinned inside them. Dresses. Shirts. Jeans.

He pulled out a red poplin shirt with a note that read: “Nicky died in this.” Mike realized when he wrote the story the night of his death, his note, “a red, sweaty shirt” was rewritten by Manshots as “a red sweatshirt.”

I still have no explanation as to why I felt the need to find this shirt for nearly eighteen years, but here it was. I felt like I had finally caught this ghost I had been chasing for nearly two decades.

I’ve probably sent the script to over 500 actors, agents, investors and producers.

And even more, it’s a story about addiction. It makes no judgments on its players. Addiction is the villain in this story. Addiction is a disease that wants you dead.

This November marks the 25th anniversary of Nick Iacona’s death. Today, he’s buried in an unmarked grave in a small cemetery, not far from his childhood home in Chester.

I really hope I get to share his story soon.

(And if you have a million dollars, call me.)