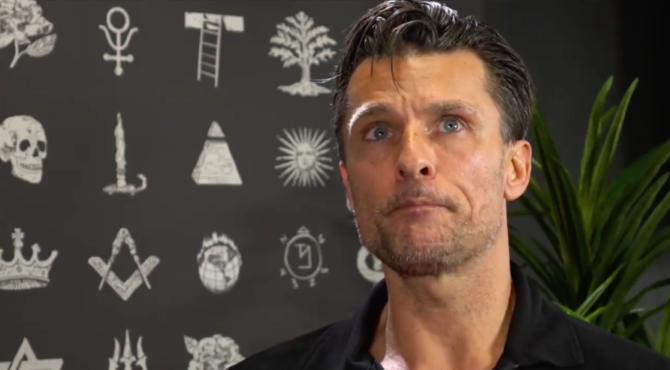 And ex-cult member has opened up to Cults & Conspiracies about life in the Buddhafield sect, a bizarro sex cult run by a failed-actor-turned-hypnotist named Andreas for nearly 20 years beginning in the 1980s.

David Christopher says he was suffering when he was first introduced to the group many years ago. And suffering, he says, “will really drive you to find something more in life.”

“I was a NYC actor, struggling, trying to make my way, looking for something more,” Christopher explains. “The world as most of us see it didn’t make sense to me… I met a girl who introduced me. She was living a life that I had only read about in books.”

Christopher says that the Buddhafield sect specifically preyed on people who were directionless or felt devoid of purpose for some reason.

“There’s something lacking in their childhood, they didn’t have strong family ties, or those ties were polluted somehow,” he says.

Upon initiation, members would be taken in the leader, Andreas, who Christopher describes as “this old, gay troll” who surrounded himself with attractive disciples who would sponge bathe his naked body all day.

“There was some weird shit, I mean, Andreas was a pretty bizarre character,” Christopher says. “I called him my Master for ten years of my life. And this mystique was all created around him. There are 150 of literally the most beautiful people you’ve ever seen, treating him like their master.”

Sex, Christopher explains, was considered to be a lowly activity and was highly discouraged among members, though Andreas would have sex with anyone he wanted whenever he wanted. He would also demand they partake in bizarre sexual rituals for his enjoyment.

Related: The Horrors Inside A Christian Conversion Cult Are Exposed First-Hand

The Buddhafield sect was also the subject of a documentary called Holy Hell which was an official selection in the 2016 Sundance Film Festival and was picked up for broadcast by CNN last fall.