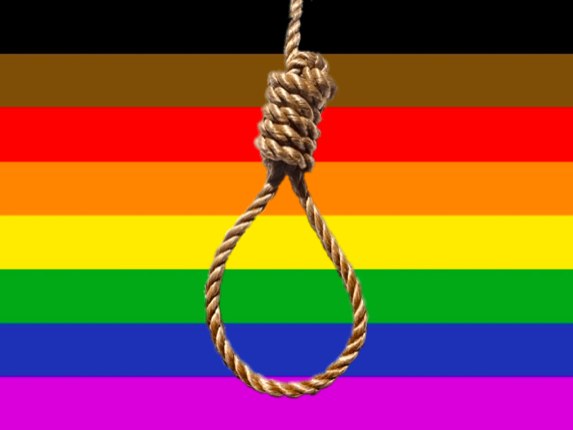 Last month, the U.S. senate unanimously voted to pass the Justice for Victims of Lynching Act of 2018 and make lynchings a federal hate crime. It took around 200 tries and over 100+ years, but they finally–finally!–did it.

More than 4,700 people, the vast majority of them black, were lynched in the United States between 1882 and 1968, according to the N.A.A.C.P. Perpetrators were rarely prosecuted. Congress has tried and failed some 200 times to pass similar anti-lynching legislation since 1882, according to the bill.

If the bill is enacted, it would add a section titled “lynching” to federal civil rights law. In addition to “race, color, religion, and national origin,” it would cover crimes motivated by hatred towards a person’s “gender, sexual orientation, gender identity, or disability”.

Now, evangelical activists are urging Republican lawmakers strip away protections for LGBTQ people from the legislation.

Everything else can stay, just not the gay stuff.

Christian extremist Mat Staver of Liberty Council tells OneNewsNow that he’s been personally lobbying lawmakers in the House of Representatives to scrub away any mention of sexual orientation or gender identity from the bill.

“The old saying is once that camel gets the nose in the tent, you can’t stop them from coming the rest of the way in,” he says.

“And this would be the first time that you would have in federal law mentioning gender identity and sexual orientation, as part of this anti-lynching bill.”

Staver, who falsely claimed first responders at the 2016 Pulse massacre had to “get tested for AIDS-related conditions” after coming into contact with the blood of gay victims, fears protecting LGBTQ people from being lynched creates a “slippery slope” that could lead to more anti-discrimination laws protecting gay people.

“This is a way to slip [anti-discrimination laws] in under a so-called anti-lynching bill, and to then to sort of circle the wagon and then go for the jugular at some time in the future,” he warns.