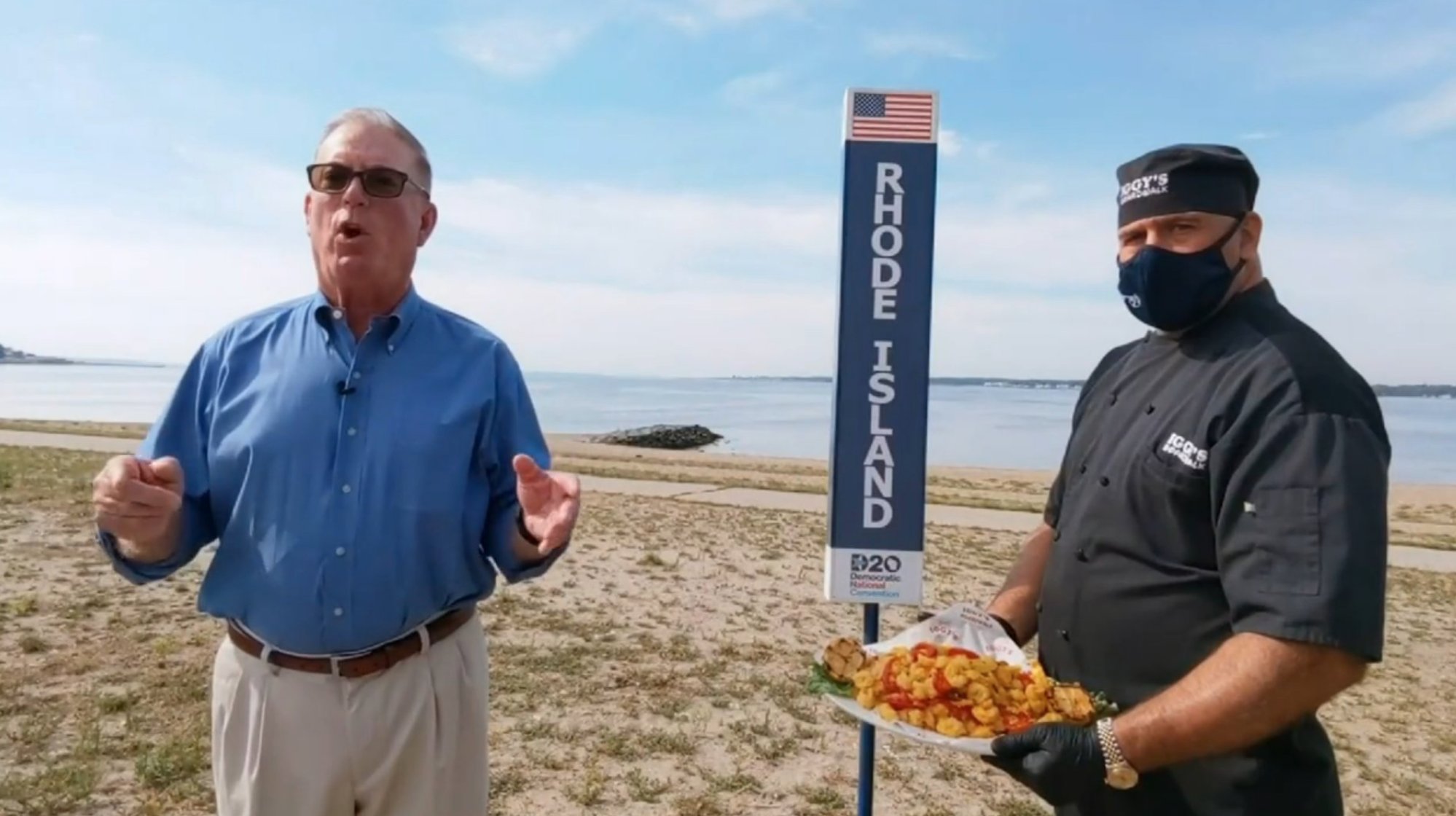 The “calamari comeback state” comment had Twitter all abuzz, but the real star of the moment was the masked chef standing silently off to the side and looking oh-so-commanding with that heaping tray of battered squid.

As it turns out, the chef’s name is John Bordieri and he works as the executive chef at Iggy’s Boardwalk, a seafood joint on Narragansett Bay. Why do we have a feeling reservations there are about to skyrocket?

Rhode Island, can I hire your ninja chef for my wedding? Cool thanks. #DemocraticNationalConvention #DNC2020

My favorite was the Rhode Island chef holding a basket brimming with the fried fish bounty of the sea.

Take this image back in time 12 months and try to explain what’s happening. pic.twitter.com/A1PjbH2Nx1

Rhode Island’s beefy chef with calamari for the win! 😝

That dude could fuck me on that pile of calamari. pic.twitter.com/voCJWDFHg2

He looks like the most badass chef in the Calamari game.

do you think the Rhode Island calamari guy knew he was becoming a meme at that moment? pic.twitter.com/3Qc1q9EGcK

On my way to get some Rhode Island calamari. 😋 #DemocraticConvention pic.twitter.com/hzdExp1Y28

Loved it. We can never go back to the arena roll call. It was so inspiring to see all the different places and peoples. I even liked the calamari chef.