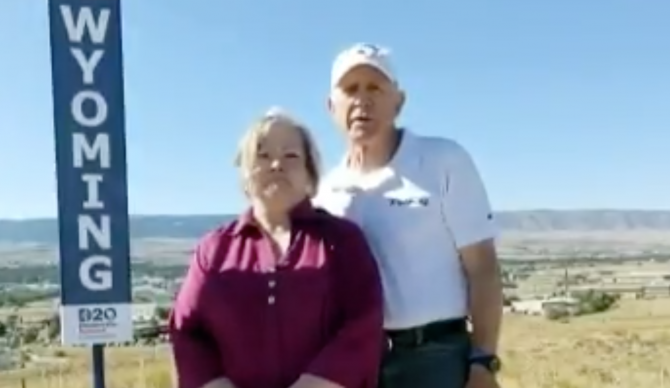 This year’s Democratic National Convention may leave something to be desired in its socially distant new format, but Tuesday night’s delegate roll call–one of the more tedious features of past conventions–was a surprising high point.

Each state shot their own short clip announcing the breakdown of delegate votes, bringing a bit of dynamism to an otherwise dull process.

Representing the state of Wyoming were Judy and Dennis Shepard, parents of Matthew Shepard, who was brutally tortured and murdered for being gay in 1998. Judy and Dennis have fought tirelessly for LGBTQ rights since Matthew’s death.

“We see in Joe so much of what made Matt’s life special — his commitment to equality, his passion for social justice and his boundless compassion for others,” said Dennis.

Watch them read the vote count:

‘We see in Joe what made Matt’s life so special’ — Watch Matthew Shepard’s parents cast Wyoming’s delegate votes at the #DemConvention pic.twitter.com/np4N6tu6eu

The Shepard’s politics were hardly a mystery before this week.

Ahead of the 2016 election, Judy Shepard appeared in a campaign ad released by pro-Clinton super PAC Priorities USA, warning:

“Words have an influence. Violence causes pain. Hate can rip us apart. I know what can happen as a result of hate, and Donald Trump should never be our president.”

Full roll call from the 2020 convention below: