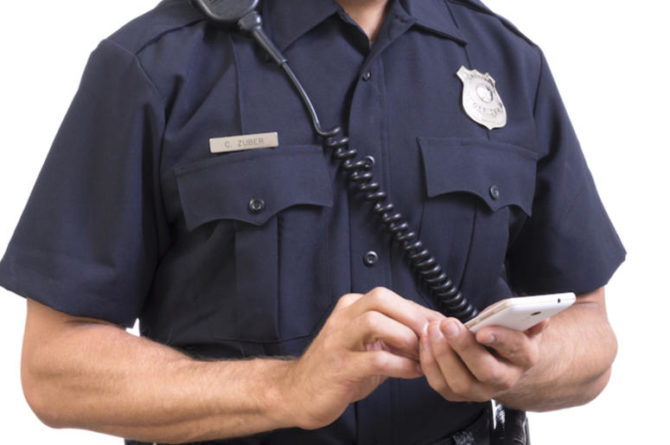 An ex-cop from West Virginia will have to register as a sex offender for the rest of his life after sending an x-rated photo to a teenage boy who lied about his age on Grindr.

44-year-old Thomas W. Carroll is a former deputy from the Berkeley County  Sheriff’s Department in West Virginia. In December 2016, he was busted for sexting with a 15-year-old.

At the time, Carroll was working as a school-resource officer at Musselman High School in Inwood, West Virginia; the 15-year-old was a student at the school.

According to court documents, Carroll encouraged the teen “to continue to telephonically communicate inappropriately with the defendant.” This included sending sexy messages and an explicit photo.

Carroll testified that he was a longtime Grindr user and that he kept two separate profiles which allowed him “to escape and be someone else.”

The 15-year-old boy testified that that the defendant initiated contact with him Dec. 7, 2016, on Grindr, and subsequently sent him a sexually explicit image from a faceless account.

The boy admitted that he ignored the app’s requirements that he be at least 18 years old to use it, and lied about his age to create a Grindr account.

During the conversation with Carroll on the social-media app, the boy testified that the defendant hinted at his identity before eventually identifying himself as an officer who worked at his school, court records said.

Carroll, who has been under house arrest for nearly two years, originally had his plea hearing scheduled for November 13, but this week, he reached a deal with prosecutors.

The 44-year-old has agreed to plead guilty to one misdemeanor count of contributing to the delinquency of a minor. Instead of going to jail, he will be credited with time served, but he will have to register as a sex offender for life. In exchange, prosecutors are dropping single felony counts of distributing obscene matter to a minor and use of obscene matter with intent to seduce a minor.

Prosecuting Attorney Catie Wilkes Delligatti said the agreement was reached after her office consulted with the teen.

“As the case developed, we decided to proceed by information (charging Carroll with the misdemeanor last month) after consultation with the victim to ensure a conviction and lifetime (sex offender) registration, keeping the safety of the community in mind,” she said.