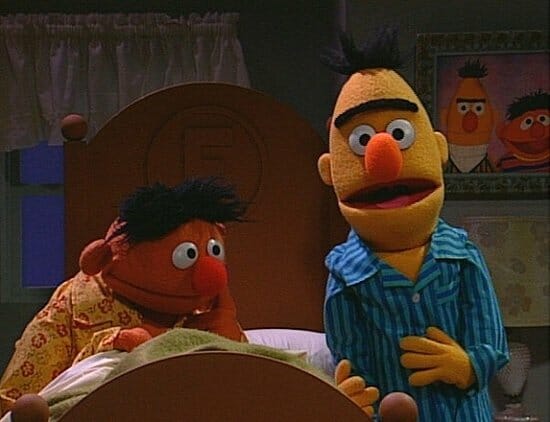 The world still quivers with aftershocks from Queerty’s exclusive interview with former Sesame Street writer Mark Saltzman, in which he “outed” iconic puppets Bert & Ernie as a gay couple. The news made international headlines, invited an outpouring of reaction on social media and became the subject of countless (and often hilarious) internet memes.

Now Frank Oz, the legendary puppeteer who originated Bert along with characters like Miss Piggy, Cookie Monster, Animal and Yoda has released a new statement via Twitter endorsing the sentiment, and discussing how much he’s learned from followers who talk about Bert & Ernie as a couple:

A last thought: If Jim and I had created B & E as gay characters they would be inauthentic coming from two straight men. However, I have now learned that many view them as representative of a loving gay relationship. And that’s pretty wonderful. Thanks for helping me understand.

Related: EXCLUSIVE: Are Bert & Ernie a couple? We finally have an answer…

We also reached Saltzman for further comment regarding the matter. “Frank Oz, the director of In and Out has always been a gay ally,” Saltzman asserts. “The fact that he stumbled in a tweet is no indication of homophobia. I hope he now joins with us in pushing for gay characters on Sesame Street and in the rest of children’s media. I’ve got my laptop open and ready to begin writing the scripts. For me, personally, and people close to me, this whole are-they-aren’t-they sugarstorm has really not been about outing Bert and Ernie, but remembering Mark and Arnie.” 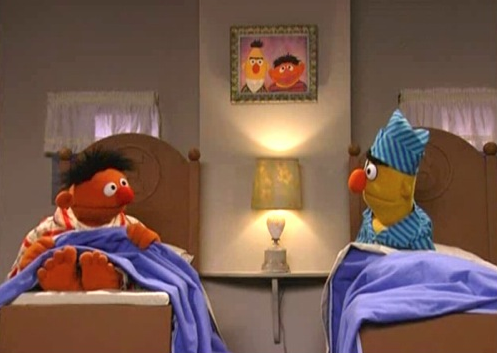 Saltzman still stands by his original assertion that when he wrote Bert & Ernie sketches, he thought of them as a gay couple and based their dynamic on his own relationship with editor Arnold Glassman. Keith Glassman, the late Arnold’s nephew, also ">posted a statement on Facebook regarding the controversy: “As it turns out, my two uncles were really Ernie & Bert. No wonder I loved them so much.”

The Oz & Saltzman statements probably will do nothing to end the are-the-or-aren’t-they debate over Bert & Ernie’s relationship. Still, Satlzman’s admission and Oz’s endorsement that people seeing the famous puppets as a couple as totally OK goes a long way toward affirming images of same-sex couples on TV, even when subtle, or involving puppets.

And for the record, we still think Bert & Ernie make a great, loving, gay couple. It’s good enough for us.