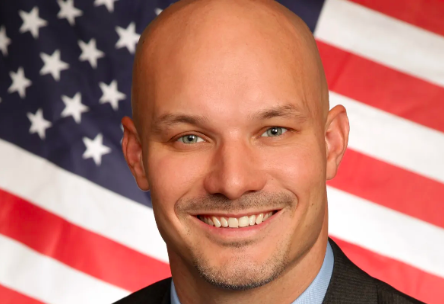 A “family values” Republican candidate in Ohio is facing calls from his own party to withdraw from the race after being busted for having a secret Ashley Madison account, a dating site for people seeking extramarital affairs.

Joe Dills is one of three Republicans currently running for state House. In a recent Facebook post, the married father of three admits he set up the account in 2013 shortly after being discharged from the U.S. Air Force in an effort to “connect with women for inappropriate relationships.”

“It was a moment of weakness that I deeply regret,” writes Dills. “I am, and always will be, embarrassed by that decision.”

He continues, “I never used the site to actively meet with anyone and never was involved in any illicit behavior beyond creating the profile on that site. I sincerely apologize to my family, my friends, my supporters, and the community for my actions in the past. I humbly ask for your forgiveness.”

It’s my belief that honesty is always the best policy. Integrity matters, and that’s why today I want to be honest about…

Posted by Joe Dills for State Representative on Friday, January 24, 2020

Though Dills was single at the time, and he insists he never actually met up with anyone, the Ohio Republican Party is calling for him to leave the race.

“Mr. Dills crossed a line by joining this lewd and inappropriate website,” party Chairman Jane Timken said in a statement released on Friday. “I call for his immediate withdrawal from the race. There is no place in our party for people that exercise such a gross lack of judgment.”

To make matters even more awkward, one week before the scandal broke, Dills received an endorsement from Ohio Value Voters, an organization that promotes “faith, life, marriage, family and religious freedom.”

“Joe will be the first to tell you of the mistakes he has made and how God has transformed him,” she said in a statement. “I watched as God took a lost broken man and began to shape him and form him into the good Godly man with incredible morals and values that he is today.”

But according to local media outlets, this isn’t the first time cheating has been an issue in the couple’s marriage.

Hours after the post, The Enquirer learned of a January 2016 incident in which his wife, Nikea Dills, showed up at his workplace and accused him of cheating. Miami Township police responded to the scene. They advised Nikea to speak with her pastor and Joe to seek a trusted mediator. Joe Dills denied the cheating allegation, according to the police incident report.

“That incident was a complete misunderstanding,” Dills told The Enquirer on Friday. “Like many couples, we have had our issues but have worked through them together and we are proud to have a strong and beautiful marriage today.”

Related: Whatever happened to Mike Yenni, that Republican lawmaker busted for sexting a teen boy?