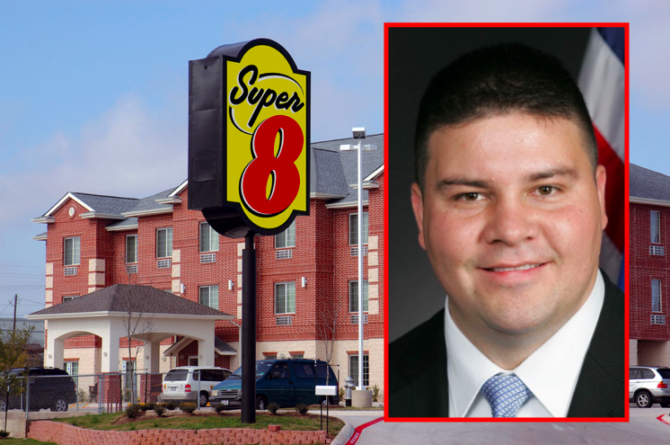 In a short, single-page, one paragraph letter submitted to the Governor Mary Fallin yesterday afternoon, the “family values” Republican said he resigning effective immediately, saying he recognizes the need for the senate to carry on its business “without distraction.”

The “distraction,” of course, is the fact that Shortey was discovered hooking up in a Super 8 motel room with a 16-year-old boy who he had offered cash for “sexual stuff.” Police were first tipped off by concerned relatives of the boy.

35-year-old Shortley, a married father of three, has since been charged with engaging in child prostitution, engaging in prostitution within 1,000 feet of a church, and transporting a minor for prostitution. He faces a maximum of 25 years in prison.

After handing in his resignation letter, Shortey gave the following statement to the media:

Earlier today, I submitted my resignation, effective immediately, to the President Pro Tempore of the Oklahoma Senate, as well as to Gov. Mary Fallin. I thank the constituents of Senate District 44 for the opportunity they provided to serve. Because I take that responsibility seriously, I recognize that the charges against me are a distraction to their interests and the remaining legislative session, which should serve all Oklahomans. My resignation is evidence of my respect for public service and the duties of our elected officials. I ask respect for the privacy of my family–my wife and four daughters–as I defend myself of these charges.