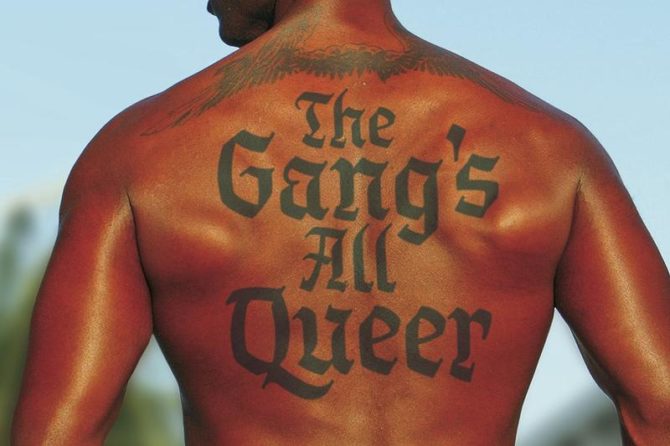 The Gang’s All Queer is a new book by criminologist Vanessa Panfil that delves into the experiences of gay gang members, a.k.a. “homo thugs.”

The Gang’s All Queer draws from interviews with over 50 gay gang- and crime-involved young men in Columbus, Ohio, the majority of whom are men of color in their late teens and early twenties, as well as on-the-ground ethnographic fieldwork with men who are in gay, hybrid, and straight gangs. Panfil provides an eye-opening portrait of how even members of straight gangs are connected to a same-sex oriented underground world.

“I’m from Columbus originally,” Panfil, who identifies as queer, tells WOSU radio in a fascinating new interview. “I was very involved in the LGBTQ community there, and I met several gay men about my age or younger who had been involved in gangs or crime.”

Panfil works as an assistant professor of sociology and criminal justice at Old Dominion University in Virginia and spent over a year doing research for the book. In total, she spoke with a total of 48 gay, lesbian or bisexual gang members, plus an additional 26 members of all-gay gangs.

“The gay gangs were more organized around their shared sexual identity,” Panfil says. “They still might have gotten in fights with other rival crews, but it was typically at gay venues or at gay events.”

The men ranged from 18 to 25 years old, and were primarily men of color.

As far as criminal activities go, Panfil found that the all-gay gangs tended to engage primarily in financial crimes and selling sex, as opposed to gangs with primarily straight members, that mostly sold drugs.

When asked about the new documentary “Check It” by Louis C.K., which chronicles the beginnings of a gay gang in Washington D.C. that has been declared “America’s only all-gay gang,” Panil was quick to cry foul.

“I’ve been publishing on these data since 2013,” Panfil explains. “Some of the reviews of my book have actually noted (the documentary). Like how interesting this was that everyone was convinced that this was America’s only gay gang, when really there are others in other cities that have been documented before that.”

Listen to the complete interview HERE.