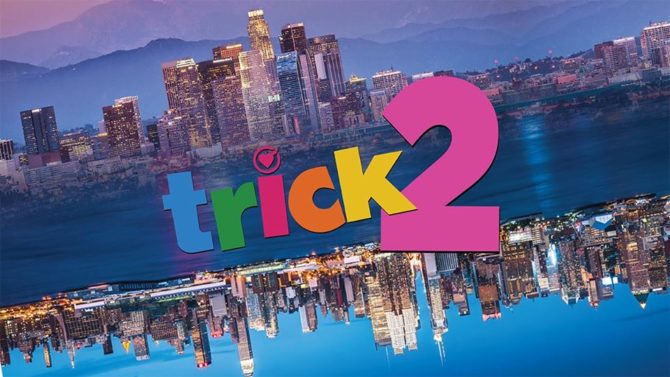 Filmmaker Jim Fall announced on Facebook earlier this month that he’s busy working on a follow-up to his 1999 gay rom-com Trick.

“Script is written, doing a reading with the cast soon, raising the money to make it all happen!!!” he wrote.

TEASER – So this is in the works for 2019……. just in time for the 20th (!!!) anniversary of TRICK next year. (Thank you Jayson Rivest for this amazing teaser image)

Well, over the weekend, the original cast reunited for the first reading of the  script at the Los Angeles LGBT Center in Hollywood.

So this happened last night! Trick reunion for the first reading of the script Trick 2!

The original Trick came out in 1999 and was nominated for the Grand Jury Prize at the Sundance Film Festival. It told the story of two guys–Gabriel (played by Christian Campbell) and go-go boy Mark (played by John Paul Pitoc)–who embarked on a night of hilarious misadventures as they searched for a place to hook up.

In his Facebook post earlier this month, Fall said Trick 2 will be set in New York and L.A.

“Scruff plays a role in bringing our two men back together again,” he adds.

The film is expected to be released next year, just in time to commemorate the 20th anniversary of the original film.

Related: Lights, camera, action! Not one but two iconic gay films are getting sequels