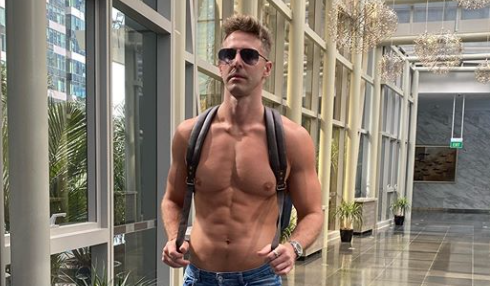 An injury took Beattie out of the game in 2015, but he has since found a second calling as an entrepreneur and a founder of Ovvy, Roquepress, Hygiene Hub, and Guide Visuals.

Coming Out: Beattie came out as gay on Instagram and in an ESPN interview in June. “It’s time to share something very personal to me,” he wrote in his Instagram post. “It’s easier to sit in silence, but the real challenge is to speak up, and for me, it’s time live my truth and hopefully affect change in some way. I am a brother, son, friend and I’m gay. It took me a long time to accept who I am, and I hope it is a little easier for the next generation. Thank you to everyone who has supported me through this process and the journey to come, I appreciate you.”

Finding His Flock: In a follow-up interview with Advocate, Beattie said he wanted to pave the way for gay athletes and gay sports fans. “Mentally there are often many challenges associated with self acceptance and it can be a huge weight to carry,” he said. “I hope to represent the LGBTQ+ community to the best of my ability, and I think the more people involved in sport who are from that community, the more gay sports fans will resonate and feel connected. Being gay can often leave you feeling lonely and singled out, but hopefully as more players come out, there will be more representation at the professional level of sport.”

“To anyone struggling with identity reading this story, I want you to realize that the one specific moment you can learn to embrace and truly understand who you are, that’s the moment you become powerful. I ask that you be kind to yourself because the thoughts you speak to yourself become words and words become actions. Once I learned that, I became the best possible version of Thomas Beattie. I hope my story can resonate with you so you know that you are not alone, and one day in time you will live in a world where these two environments can co-exist. I hope we eventually get to a space where you don’t have to sacrifice who you are to become an athlete.” – Thomas Beattie, as told to ESPN