Meet Ben Rogers aned Mark Poidevin, an Australian gay couple in a committed relationship who want to preserve “traditional marriage” and don’t feel homosexuals need a legally binding certificate to express their love for one another.

“If we make one exception for one community, that being the same-sex couples, where does it stop?” asks Poidevin in an interview on ABC’s 7.30 program on Monday night.

The two met on Gay.com fifteen years ago.

Related: This woman “married” a train station and says it’s the same thing as being gay

If the vote goes ahead, Poidevin fears this will be Australia’s ‘Trump moment”.

“This could be the Brexit or Trump moment for Australia, where the polls are saying one thing but you go to the ballot box and people are clearly in another mind, going to vote another way.”

“There’s never been any discrimination with any of our families, or dramas coming our way because of our sexuality,” says Rogers.

“When I first came out I think one of the consequences was giving up marriage and children and things like that.”

Poidevin used to support same-sex marriage but Rogers swayed him.

“I just explained to him, ‘I don’t think it’s my cup of tea,’” Rogers said. “It’s not something I had ever envisioned.”

They also spoke about how both camps in the same-sex marriage debate have started to get “nasty”. 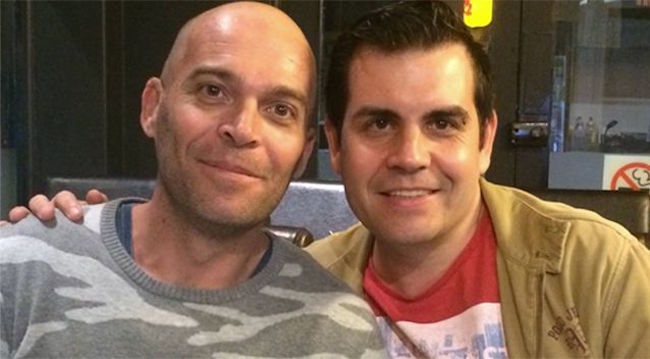 “The campaign’s gotten nasty on both sides,” says Poidevin, “and I think the comments that I hear are, ‘You’re a homophobe if you don’t support gay marriage’.”

“You’re not intolerant if you don’t support a view.”

As you can see below, social media users are sharply criticizing the couple,  saying “it’s fine” if they don’t want to get married but they “shouldn’t support no one being able to get married.”