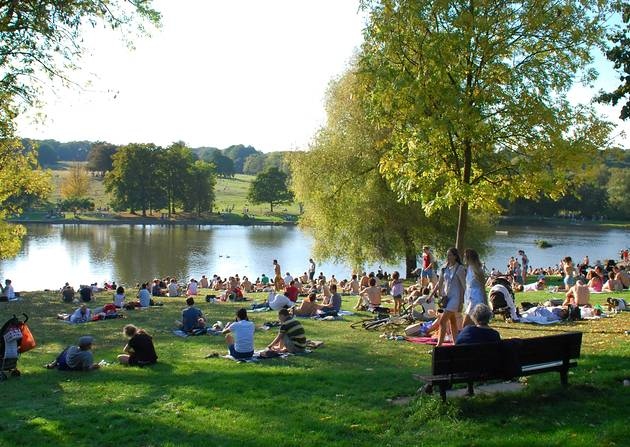 It’s frequented by all sorts of folks seeking a refreshing dose of nature, but it also has a long reputation among gay and bi men who partake in life’s more carnal sensations.

And it is perhaps because of the park’s cruising history that an image depicting a gay group scene popped up on its listing on a popular city mapping app.

A Twitter user says he was shocked to make the discovery on Citymapper.

He told Gay Star News: “I stumbled across it as I’d just come from work and saw a lot of friends on Instagram there.

“I was already meeting a friend in Hackney Wick but wanted to check how far it was. When that came through, it made a change from the usual underground sign thumbnail!”

But here’s the real gag.

In response to the tweet, Citymapper did two things:

Uhoh, we’re in touch with our partner @Yelp @yelpsupport to get this corrected, meanwhile FYI it’s just an innocent park

Here’s what folks had to say about Citymapper’s naïveté:

“An innocent park”? Clearly you’ve never been to Hampstead Heath… ?