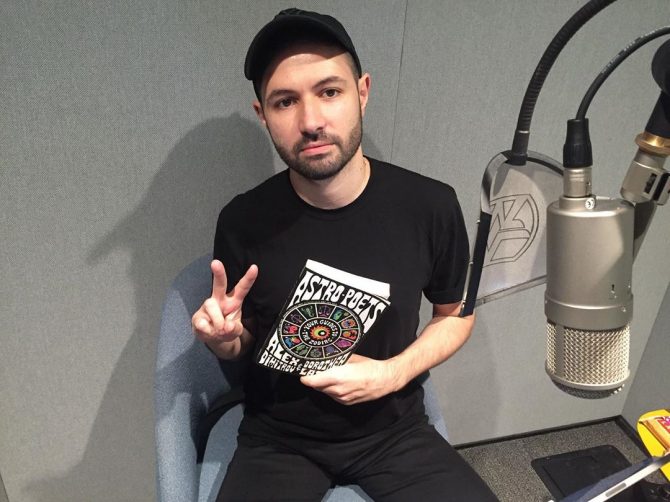 A finite version of Alex Dimitrov’s poem “Love” appeared in the January/February issue of The American Poetry Review. But Dimitrov, a gay poet who also co-writes the popular Astro Poets Twitter account, wants to continue the poem for decades to come.

“Once I started, I never wanted to finish,” he recently told PinkNews. “Of course, I had to because it was going to be published. And then one night I thought to myself, well, isn’t that why we have Twitter? The poem could continue indefinitely.”

“So I made a pact with myself to tweet one line, one thing I love about the world, every day for the rest of however long I live,” he said. “In that way, the poem goes on. And I’d love to write many, many lines for when I’m dead, that I can just schedule to be tweeted out.”

Related: Black, queer poet describes ‘How to Come Out as Gay’ in incredible poem

With the Twitter account @apoemcalledlove, Dimitrov has been adding lines to the poem since the start of March.

I love the mind before noon

Dimitrov explained to PinkNews that he was inspired to write the poem after an audience member at a 2017 reading asked him why poets frequently focus on death and despair.

“I’ve been asked this before but I took it very seriously this time, given the state of the world,” he said. “It occurred to me that the artist has a responsibility to elevate the public spirit, even as they reflect the brutality of the everyday. At least, I myself feel that responsibility.”

Dimitrov told the site that he wanted the reader of the ongoing poem to feel “glad to be alive no matter what,” even amid the current political climate.

”Queer people know how to survive trauma and disaster via love in very special ways — non-normative friendships, non-normative families (I mean culturally non-normative, they certainly are not non-normative to me). I am thinking of course of the AIDS crisis and all the things it taught us. Love for the world is the only way you survive. Otherwise, why hang on when there are so many things in the culture trying to kill you?”

“Like I say in the poem, quoting Tennessee Williams, life is important,” he added. “There’s nothing else to hold onto.”