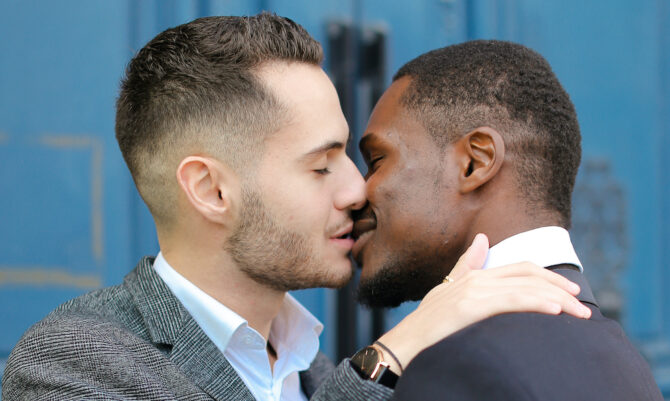 A mid-2010s study found that gay men are partial to eyes, chests, abs, and butts—and that, despite what you might see in adult entertainment, only 36 percent of gay men prefer muscular bodies.

But what do gay men find sexy once they get past the looks?

One person recently asked Reddit’s r/askgaybros community about the “most attractive thing about guys that isn’t physical.” For that particular pollster, the answer is “when a guy is kind of geeky and likes things most others don’t.”

Related: Taste in men quiz: What turns you on may stop you from finding the one

Dozens of commenters joined in the conversation, and here are some of the best responses:

“When a guy is really funny. Also being kind and loving. Their personality just becomes like a giant hug to everyone they’re around.”

“Loyalty. Someone who’s there for the good times and the bad.”

“Their sense of humor and ease in sharing it. Sometimes it feels like a universal language.”

“Manners, respect, table etiquette, and being a true gentleman are sexy AF.”

“For me, that they never actually grow up. When a guy remains fun and a bit childish, but in a good way. Also, it is a bit physical, but the laugh. Men are so cute when they laugh.”

“When they have a super eclectic and expansive music taste and knowledge.”

“When they are passionate about their hobbies, which is why I love the hobby trend right now.”

“I love the way a guy’s voice sounds, and also, when a guy is a little cocky, tbh (but not to the point of being a jerk).”

“Having real interests, passions, and pursuits. I’ve had partners in the past who don’t really do much, and they [got] really jealous of me when I’m out doing my stuff. My current partner has loads of stuff going on. We support each other on these things. Independence. Kind of goes with the other one in a way, but I also need time by myself. I’ve become an introvert and need that time alone to recharge. To be honest, having my partner around is fine. We can be in the house doing our own thing and [at] peace. Kindness, not just to me but to everyone.”

“A hot nerd. Like literally show me your f*cking lightsaber collection, tell me every f*cking spec, and then let me rail you. But when I say hot nerd, a hot nerd that has worked on their self-esteem and communication. I don’t mind if they’re a little introverted.”

“Manners, good listener, good scent, great confidence, driven, and passionate. Also can keep up a conversation, since I can be a nerd when it comes to discussing topics.”

“Not sure if it’s the most attractive, but it’s up there: the ability to just come up to people, talk, and make friends (not flirting). It’s the polar opposite of me, and [I] tend to overthink stuffs.”

“Receptiveness? Maybe that isn’t a word, but what I mean by it is a guy being into you as much as you are into them for whatever reasons, that they want to talk, want to connect, want to be with you and hang out. Each text message sent is responded to with joy and vice versa.”

“When a guy looks at me and smiles. Makes me melt.”

“When a guy I was dating came up behind me [and] put his head on my shoulder and his arms around my waist as I cooked him dinner. I wanted to swoon right there. I guess that’s still physical, lol. But for me it was emotional.”

“Intelligence! The brain is the ultimate sex organ.”