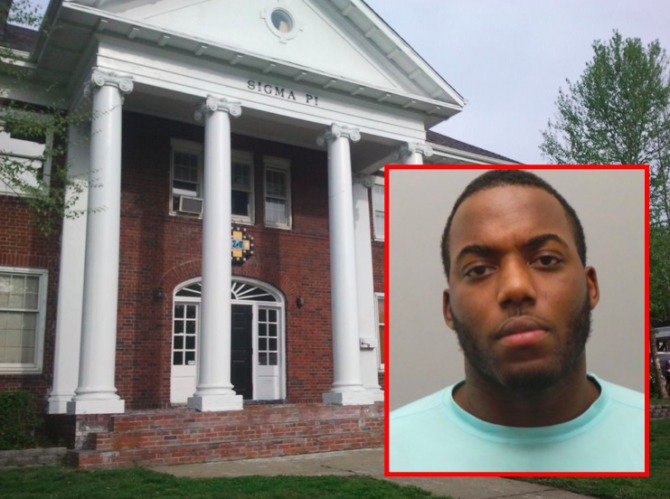 An expelled grad student from St. Louis is accused of raping multiple male students on college campuses throughout the Missouri area.

23-year-old Devonta Bagley is accused of raping a 20-year-old man inside at Kansas State University frat house earlier this month.

According to police, Bagley allegedly broke into the student’s dorm room in the early morning hours of March 11. With a gun in his hand, he demanded the young have sex with him.

The student told police that Bagley threatened him with the gun before sexually assaulting him.

The accusations come a week after Bagley was accused of raping another male student at the University of Missouri-St. Louis only a few days earlier.

Last September, Bagley was arrested and charged with aggravated criminal sodomy and aggravated burglary in connection with a rape that happened inside the Sigma Chi fraternity house.

One of Bagley’s alleged victims, just 18-years-old, says he had never met him prior to the sexual assault.

Bagley was enrolled as a grad student studying criminal justice at the University of Missouri-St. Louis, but was expelled last fall following a student conduct hearing.