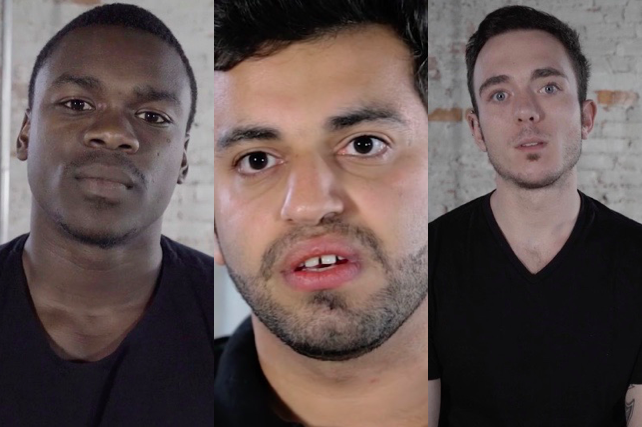 “I felt ashamed,” one man says. “I felt like someone is stealing something from me.”

“I just wanted to run away,” another adds, “and get away from everything.”

According to the 2014 National Crime Victimization Survey, 38% of rape victims are male. And 1 in 6 males are sexually assaulted before the age of 18.

“Sexual violence does not discriminate against men,” activist and filmmaker Vanessa McNeal says.

McNeal’s new documentary The Voiceless examines the stigma that surrounds male rape. In the film, five brave men share their accounts of being sexually assaulted and how they coped with a situation that is still considered by many to be taboo.

Related: Sir Ian McKellen reflects on his youth as a closeted gay man in this heartbreaking short film

Some of the men kept their feelings bottled up for years. Others ran away from home. And some turned to violence and joined gangs. Despite their different backgrounds and strategies for coping, all five share one thing in common: None of them received justice for what was done to them.

“We live in a society that continues to state that sexual violence can’t and won’t happen to men,” McNeal says.

The Voiceless has just begun making its rounds on college campuses and has already received a strong response from viewers.

Watch the promos for the film below.