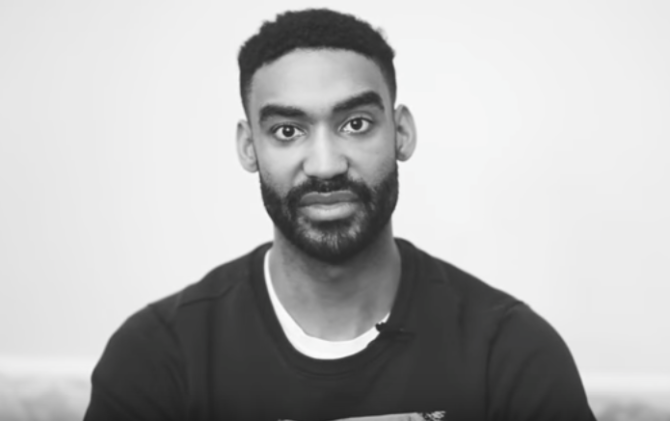 It’s estimated that one in six men are sexually assaulted. Now, DJ and musician Zeke Thomas is doing his part to put a stop to that.

“Sexual assault touches all genders, all races,” 28-year-old Zeke tells BET in a candid new interview. “It’s a human issue and it’s something that isn’t talked about. And we gotta start having those conversations.”

Last month, Zeke opened up to New York Magazine and Robin Roberts at GMA about being a survivor of sexual assault. Now, he just announced he’s the newest ambassador for the National Sexual Violence Resource Center.

Speaking to BET about his new role with the Center, Zeke says:

What I hope to achieve in my ambassadorship is if I can help you through my story–giving a voice to the millions of men who are abused or have been raped before–if I can help point you in the right direction the same way allies have helped me, that’s what I want to do.

The first time Zeke was sexually assaulted was when he was 12 years old. He recalls:

I didn’t realize what had occurred. I knew it was wrong. I knew something wasn’t right about it. But it wasn’t until much later that I started talking about it with my therapist and actually told my mother that this had happened to me.

Related: Zeke Thomas opens up for the first time about being sexually assaulted by a man from Grindr

Then in February 2015, it happened to him again. He connected with a man on Grindr, they met up for drinks, he passed out, and the next thing Zeke knew, it was morning and, as he described to New York Magazine last month:

After the attack, the man blocked Zeke on Grindr. To this day, he has not been able to find him. But Zeke tells BET he doesn’t blame the app for what happened.

“These apps that everybody uses — from Bumble to Tinder to Match.com got an app now — these apps aren’t the problem,” he explains. “It’s people. There are bad people in this world who do want to do harm.”

Zeke hopes by sharing his story with other victims and survivors of sexual assault, it will help them closure to their own experience.