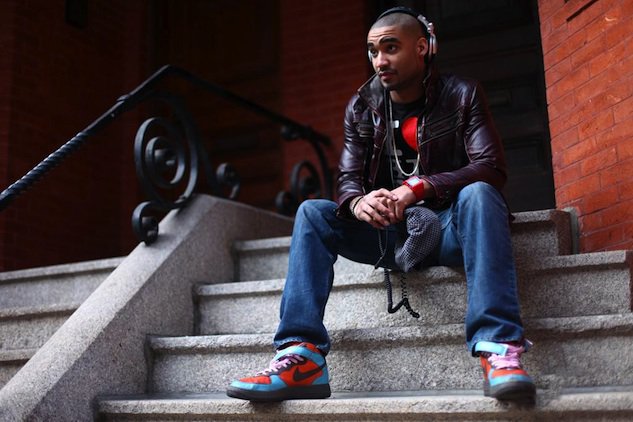 According to the CDC, there are upwards of 19.5 million men who are victims of contact sexual violence over the span of their lives. DJ and musician Josh “Zeke” Thomas is one of those men.

In February 2015, he was violently raped. The attack happened in his Chicago apartment by a man he met on Grindr.

“It’s definitely something that I never imagined would happen to me,” Thomas, who is the son of NBA legend Isiah Thomas, said on GMA this week. “I really felt that my manhood had been taken from me.”

Speaking to New York Magazine, 28-year-old Thomas recalls the events leading up to the attack:

We had chatted on Grindr, and I had invited him to come by my studio since he was a singer. Nothing against Grindr. I’ve met great people on Grindr, I’ve had sex with great people on Grindr. I can’t blame an app. But you don’t know shit about people you meet on it. He seemed like a great guy. We hung out at the recording studio. And then a couple of days later he said, let’s go to “Boys Town for a drink.”

But after order his first drink, Thomas knew something wasn’t right.

The next thing he knew he was being carried into a cab. Then it was morning.

“I woke up and he was handing me a glass of water and saying, ‘That was great let’s hang out again.’”

Before he could even respond, the guy got up and left, never to be seen or heard from again. Moments later, Thomas realized the gravity of what had happened. He recalls:

When he went back on Grindr to find the guy, he either had blocked Thomas or removed himself from the app. Thomas did not press charges, he says, because he didn’t want people to think of him as a “victim.” (In hindsight, however, he says he wishes he had contacted police.)

In the months after the attack, Thomas says he started to go a little crazy. He began doing drugs and hanging around with the wrong crowd. Eventually, while high on mushrooms, he told his parents what hat happened to him. They immediately flew him back to New York to see a doctor and go to therapy.

As Thomas found the courage to tell more people what had happened to him, he learned he was not the only one in his social circle who has suffered sexual abuse. Two of his other friends, he learned, had been assaulted on more than one occasion.

Today, Thomas is an ambassador for the National Sexual Violence Resource Center.

“I want to give the voiceless a voice,” Thomas said on GMA. “The healing really begins with the voice. The healing begins with, ‘This happened to me. I can get through it.’”