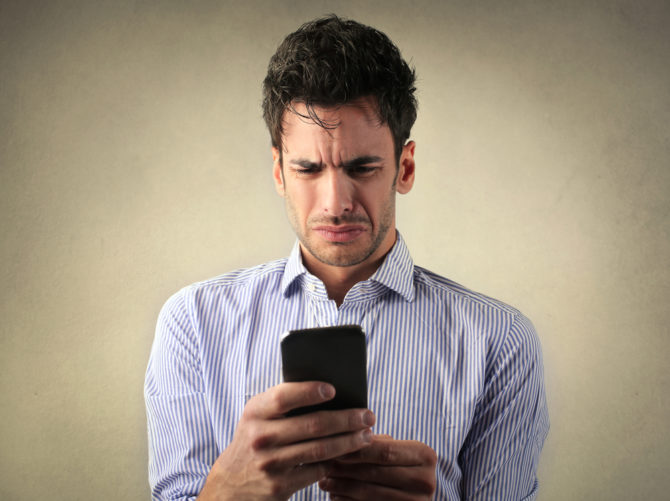 There are plenty of things one could ask for after the first date, and many of those requests might be granted. Asking your date to turn on read receipts, however, is beyond the pale.

Related: College student horrified when Grindr date shows up to his dorm looking nothing like his profile pic

That’s what happened to Eric Dimitratos, a 33-year-old New Yorker who works in digital marketing. Dimitratos went viral on Twitter last week after sharing a screenshot of his hot date asking to be notified whenever Dimitratos reads his text messages.

*Goes on first date, scared he’ll ghost but instead gets this text* pic.twitter.com/3horiipUv9

Understandably, Twitter was horrified. “Run,” one user wrote. “This is horror film dating,” wrote another.

A third quipped, “I ONLY turn read receipts for ppl that need to know I’m ignoring them.”

Related: Man tries sending sexy photo to boyfriend, texts it to his friend circle instead

After coming across Dimitratos’ story, The New York Post polled other millennials about read receipt etiquette. One 28-year-old said he likes his contacts to have read receipts turned on.

“After sending a text, I usually check in a few times to see if the other person’s read it, how quickly they are to respond,” the guy told the newspaper. “I time my responses accordingly. I don’t want to be putting more into a relationship or friendship than the other person.”

Others, meanwhile, are not fans of the feature. “You should be able to trust that somebody will get back to you when they can,” one woman said.

Now, however, Dimitratos is facing another dating hurtle:

Every guy I’ve ever talked to or matched with to me over the past 3 days: pic.twitter.com/jMm3KijPjk