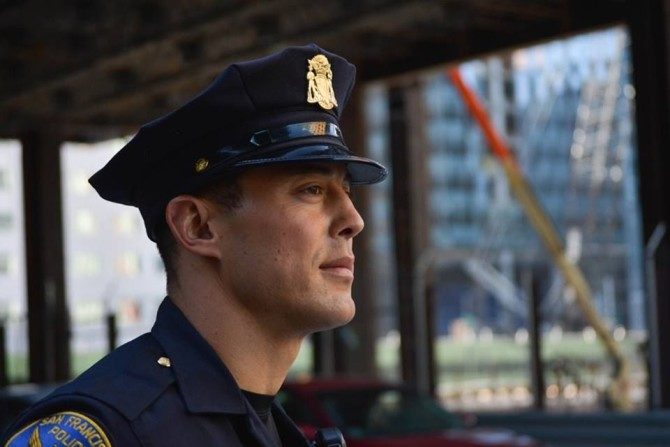 Christopher Kohrs, also known as the “Hot Cop of Castro,” was found guilty Thursday of two felony counts of hit and run after plowing over two pedestrians in San Francisco’s North Beach in 2015, then fleeing the scene.

Kohrs, who was off-duty at the time, ditched his vehicle a few blocks away then fled the area on foot.

His attorney argued that Kohrs ran because of his “Hot Cop of Castro” fame.

According to the lawyer, a crowd that formed immediately after the collision around 2:30 a.m. recognized Korhs as the “hot cop” and became so aggressive that Korhs felt threatened.

So threatened, in fact, that the off-duty police officer felt it appropriate to make a run for it after seriously injuring two people.

A jury deliberated for a day before delivering the guilty verdict.

Kohrs became internet-famous in 2014 when photos of him patrolling the streets of San Francisco began circulating on social media. A since-deleted-for-good-reason Facebook page for the “Hot Cop of Castro” had over 50,000 followers.