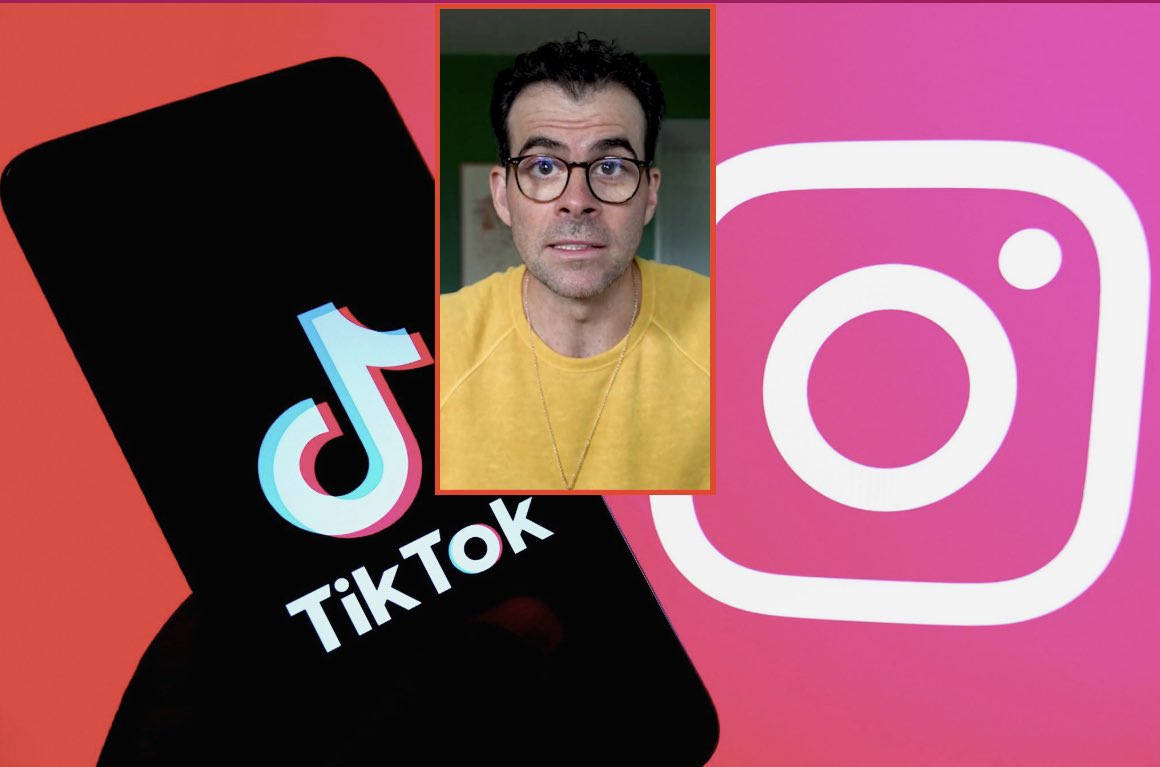 You know Instagram is doing badly when even the Kardashians are hating it.

The app has recently been testing out a new interface with some users, featuring a full-screen feed that jumps from post to post, prioritizes video, and shows tons of “recommended” content. Sound familiar?

This new interface just happens to have the exact look and function of TikTok and its main “For You” page — albeit a less accurate, more visually off-putting version.

IG users have been upset about Instagram’s pivot to video, shopping, and recommendations for years now, as many just want to see photo posts from their friends and folks they follow. Public opinion of the app has been all downhill since 2017 when the platform made the feed achronological and started playing algorithmic favorites.

Tons of users have been slamming the new interface test since it began rolling out, with giants of the platform like Kim K and Kylie recently declaring they need to “Make Instagram Instagram again.”

In response, CEO Adam Mosseri released a video statement addressing concerns and stating that, interface test aside, the future of the platform will definitely be trending towards video.

Folks on social media did NOT take kindly to Mosseri’s outlook:

Instagram is trying so hard to compete with TikTok that they’re trying to become another TikTok. If I wanted to see video after video from random pages I don’t follow, I wouldn’t be on Instagram. Do what we need from you, and bring back the photos of our actual friends!!!

instagram is forcing reels down our throats. that app just gets worse with every update.

Spiritually, Instagram is dead. I now have 2 Tik Tok apps on my phone. And to top it all off, Tik Tok’s algorithm is far superior at serving me content that I actually want to see which basically renders Instagram useless. What a shame.

The fact is that I don’t know a single person enjoying the Instagram experience right now. Not one.

Instagram acting like they know us better than we know ourselves and being condescending about it isn’t going to end well for them.

*No more photos since you’re caught up, good luck finding them again*

It sucks right now. Stop trying to be TikTok. I don’t want to make videos.

I guess for me it’s not just that I suck at making videos. It’s that I don’t see my actual friend’s posts and they don’t see mine, and I see the same people over and over and over then the feed goes “you’re all caught up!”

it’s shifting to video, adam, because ya’ll are prioritizing reels and paying creators to make reels.

Mosseri posted the same video statement to his personal Instagram, and the response on his home court wasn’t any better.

“I am on Instagram less and less because of my timeline- frantic videos of people I don’t even follow, most just repurposed from Tiktok,” comments cookbook author Sarah Kieffer. “I would love to see a return to why we all were drawn to Instagram in the first place: photography. And a timeline we have some control over.”

Make-up artist J*mes Ch*rles writes in a lengthy comment, “The reason there’s so much growth for video is because we are being FORCED to post video. The performance of our photos has tanked more than 90% so creators are switching to video not because they want to, but because we’re being told that it’s the only chance to grow.”

Many others, and we mean MANY, simply chimed in to demand that the platform “Make Instagram Instagram Again.”