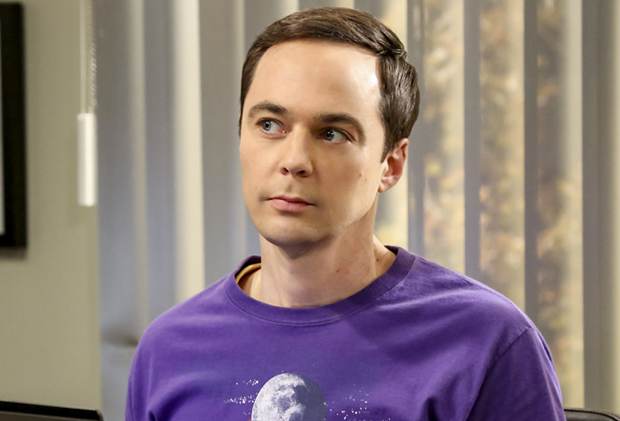 Actor Jim Parsons is finally opening up about the real reason why he left the The Big Bang Theory last year and it’s actually kind of dark and heartbreaking.

Parsons played Sheldon Cooper on the hit sit-com for more than a decade, eventually raking in $1 million per episode, and making him one of the highest-paid actors on TV.

In an appearance on “David Tennant Does a Podcast With…” the 47-year-old explains exactly why he chose to walk away from such an enormous paycheck.

Parson explains that he started growing tired of the show after about ten years in and says his first suspicion “that was going to be it” struck him after he signed his contract to continue starring in Seasons 11 and 12.

“It was a complicated road, as you can imagine,” he recalls. “We went through the 11th season, and then that summer, I went to New York to do Boys in the Band on Broadway, and I think anything I felt got really affirmed.”

But it wasn’t until the death of his 14-year-old dog, Otis, that Parsons decided he was officially done with The Big Bang Theory for good.

“I was exhausted, and I was really upset about one of our dogs was getting really at the end of his life around then,” he says. “I’ll never forget that walk around the park to let him go to the bathroom before we went for the commercial shoot.”

“He just looked so bad, and I was so tired, and (my husband) Todd was like … ‘we gotta go, we’ve scheduled this, they’ve fit everything around your schedule.’ And I just started crying.”

Parsons says he became worried “this dog’s gonna die while I’m off working, and I’m gonna feel so bad,” ultimately prompting him and his husband put Otis down.

I’d been looking for this pic, I knew we had it somewhere… this was our go-to position, me and Otis (other than the lap, that is). I spent countless hours of our lives holding him exactly like this, where he’d give me the FULL weight of his body and, whenever we were in this position, I would rock back and forth from one foot to the next, almost like rocking a baby. I don’t know why I did that but he seemed to be just fine with it. It’s fascinating how easily and clearly I can feel him when I look at this photo… Anyway, just thinking about Otis… ?????

Shortly after that, Parsons broke his foot during a Broadway curtain call.

“It was the scariest moment for the next couple of days, cause I didn’t know … I felt like I was at the edge of a cliff, and I was teetering, and I saw something really dark below, between the death of the dog and … I don’t know what they would’ve done if I couldn’t have gotten back on for the play. But I did.”

Parsons says his final “moment of clarity” came when he realized that, by the time season 12 of The Big Bang Theory wrapped, he would be 46, just six years younger than his father was when he died at 52.

“If you told me that, like my father, I had six years left to live, I think there’s other things I need to try and do,” he recalls.

Despite leaving on such emotional terms, Parsons describes his 12 years spent on the show as “a complete joy” and he looks back on the experience with nothing but fondness.

It was really hard to pick the right pic for this post, so here is a shot of us in a hug after we filmed the last group scene we would ever film for the series… and TONIGHT is THE NIGHT… it’s the series finale at 8pm EST and then there’s the Young Sheldon (season!) finale, and then a special behind the scenes show hosted by @kaleycuoco and @sanctionedjohnnygalecki and then the entire cast is on @colbertlateshow I hope you get a chance to tune in and i hope you enjoy all of it. If you enjoy it even half as much as we’ve enjoyed (LOVED) creating this show for the past 12 years, then that’ll be a WHOLE WHOLE lot of enjoyment. All of us will miss seeing you in this format, but we will be around in all sorts of ways, I assure you… love love love ??????