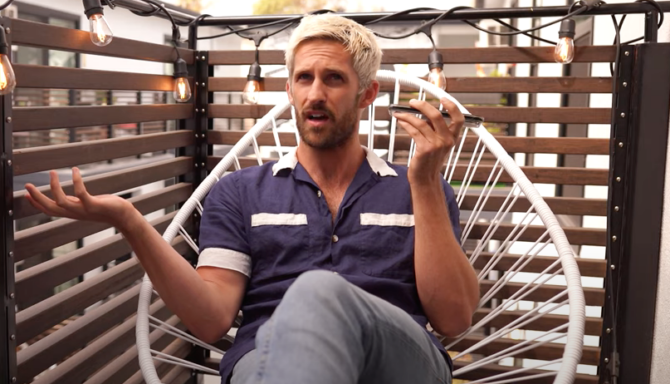 In recent years, comedian Bowen Yang and actress Alyson Stoner have spoken of their experiences of undergoing so-called conversion therapy, while the movie Boy Erased, starring Lucas Hedges, Nicole Kidman and Russell Crowe, brought the subject to the big screen in 2018. Now comedian Jimmy Fowlie is bringing it to the small (perhaps pocket-sized?) screen, with a prank call to a clinic that’s so hilariously awkward, few could pull it off so well.

“In honor of Pride, I called this conversion therapy center to see if I was a good candidate for their program!” Fowlie, who recently starred in Bridesman, wrote on YouTube. In a fun twist, Fowlie plays both parts, lip-synching the receptionist’s role in drag.

Conversion therapy is now banned for minors in 20 states, in recognition of the great harm it can do to the mental and emotional health of those subjected to it. It also simply does not work.

Which is all to say, we feel no sympathy for the conversion therapy employee “mmm’ing” her way through Fowlie’s uncomfortable questions on the other end of the call: