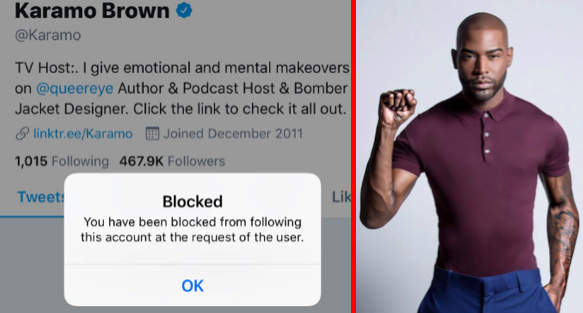 Karamo Brown stepped in it this week when he praised Sean Spicer, who regularly spread Trump’s lies to the American public while serving as White House Press Secretary, calling him “a good guy, a really sweet guy.”

Both Spicer and Brown are set to appear on the upcoming season of ABC’s Dancing With the Stars. In a recent interview with Access Hollywood, Brown was asked who he thought his biggest competition on the show would be. Here’s how he responded:

“Actually, no lemme tell you something. Um, Sean Spicer and I have been talking. Yeah, like, literally, I was most excited to meet him because, like the thing is that people would look at us and think that we’re polar opposites but I’m a big believer that if you can talk to someone and meet in the middle that you can learn about each other and help each other both grow. So we have been chatting all day today. Like, he’s a good guy, a really sweet guy. Yeah, yeah, exactly. Karamo from Queer Eye saying Sean Spicer is a nice guy. I know. I know.”

Famous queer activists sure do love to turn their backs on the community the moment it benefits them and plays to their privilege (why yes, this IS a subtweet about Karamo Brown agreeing to be on DWTS with Sean Spicer)

This is so misguided of ?@Karamo?. We are long past the point of listening and “meeting in the middle”. This is NOT about politics, it’s about morals and truth. We know who he is and what he has done. Playing nice only enables them and rewards them. https://t.co/VOmxg74qTO

Jonathan Van Ness and Karamo Brown really pretend to be queer revolutionaries as if they aren’t maintaining the status quo and changing nothing. All they do is demand queers shut up and be moderate for the sake of friendship or whatever they think will stop the fascists.

Karamo Brown is out here trying to pitch a spin-off, “Queer Eye For The Fascist Guy”. pic.twitter.com/WJczq6QzQQ

Just for the record: Spicer lied to the American people about the circumstances surrounding the firing of then-national security adviser Michael Flynn and the firing of former FBI Director James Comey. On the very network that airs Dancing with the Stars, Spicer also defended Trump’s racist lie that three to five million people voted illegally in the November election.

Trump later used Spicer’s lies to help obstruct an investigation into Russia’s role into helping get him elected and to start a racist Voter Fraud Commission to suppress voter turnout amongst Democrats and people of color. And that’s not even the half of it. Spicer also lied about a bunch of other hateful stuff, too.

Following the backlash for his “really sweet guy” compliment, Brown took to Twitter to lament about how he “can’t stand people” who post things “just to flame the fire and get a reaction.”

“We fight harder than your ass ever has for people of color and members of the LGBTQIA community,” he quipped at one person in particular.

Then he started blocking LGBTQ people on Twitter for disagreeing with him.

I was pretty bummed when @Karamo Brown advocated for Sean Spicer, but I’m fucking livid that he’s blocking LGBT+ people who disagree with him…

After what he’s said about @seanspicer and the fact that he’s blocked folks for calling him out on it, it’s an honor and a privilege to be blocked by @Karamo Brown.

If you’re considering getting an “emotional or mental makeover” from this piece of work, reconsider. pic.twitter.com/gC1Afi6cjd

Sooo… Karamo Brown is only a “good” member of the community so long as he doesn’t challenge your opinions? Simply walking away or refusing to meet halfway with someone HAS never and WILL never bring forth change.

If you go to the profile for @Karamo, you are now taken to a blank page that says “This account doesn’t exist. Try searching for another.” 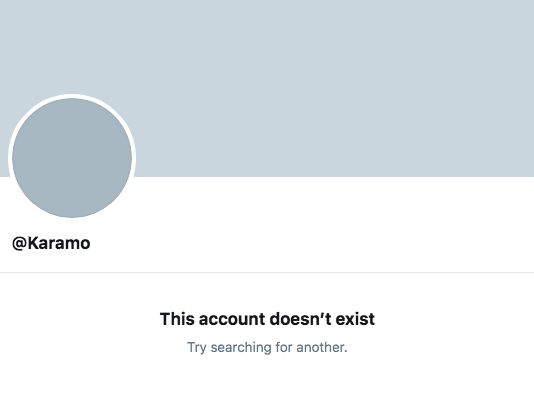 It seems like a rather dramatic response, if you ask us. He could have just logged off for the weekend until the fury died down.

Or, better yet, listened to what his LGBTQ peers were saying rather than silencing them and then running away. After all, isn’t he the one who’s always talking about coming together and finding common ground?

After it was announced Spicer had been cast on DWTS, host Tom Bergeron put out a statement saying he wasn’t happy with it, fearing it would cause divisiveness and put a damper on the show, adding that DWTS should be “a joyful respite from our exhausting political climate and free of inevitably divisive bookings from ANY party affiliations.”

“For me, as host, I always gaze into the camera’s lens and imagine you on the other side, looking for a two hour escape from whatever life hassles you’ve been wrestling with,” he wrote.

This whole Karamo Brown/Sean Spicer/LGBTQ drama is precisely what Bergeron was worried about. The season hasn’t even started yet and his fears are already coming true.