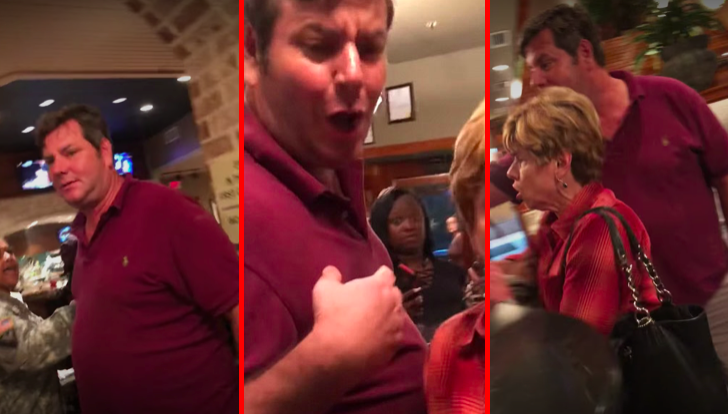 It all started last Saturday night when Robbie and his mom were caught on tape assaulting the women, calling them “gay black bitches” and asking if the military let lesbians serve before slapping one of them, who happens to be pregnant, across the face.

72-year-old Judy was definitely the ringleader in the attack, and Karma has punished her accordingly. Not only was she arrested and charged with assault, banned from the restaurant where the attack happened, fired from her teaching job at Mercer University, and nicknamed “Thug Granny” by several media outlets, but she’s also been dragged online and was forced to close her art restoration business.

Related: Things keep getting worse for the woman who launched a homophobic attack against two soldiers

Now, it looks like Karma’s coming for Robbie next.

According to his LinkedIn profile, Robbie Tucker is the proud owner of Corvette Classics, a used Corvette dealership in Macon, Georgia, not far from the restaurant where he and his mother lodged the assault.

Well, in the past day or so, people have hijacked Tucker’s Google business page with images of him and his mother screaming at the servicewomen as well as a disturbing picture from a KKK rally: 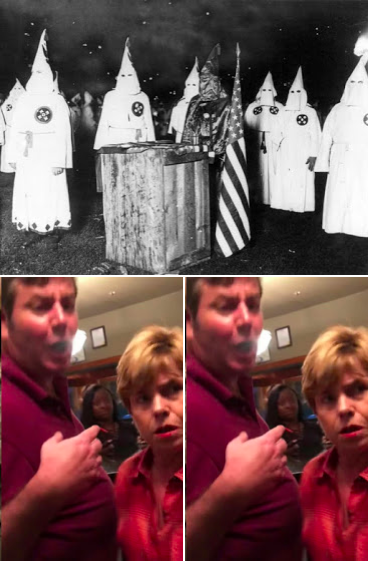 Some of the reviews, Tucker appears to have personally responded to:

The unofficial Facebook business page for Corvette Classics has also been inundated with scathing 1-star reviews: