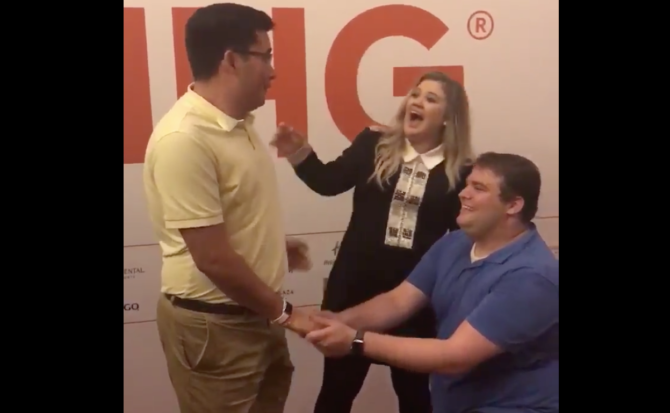 Kelly Clarkson has many a gay superfan, but only one whom she can say she helped secure marital bliss.

Alex Malebra arranged a surprise proposal to his longtime boyfriend, Justin, at a meet-and-greet with Clarkson after one of her shows at The Venetian in Las Vegas, NV. 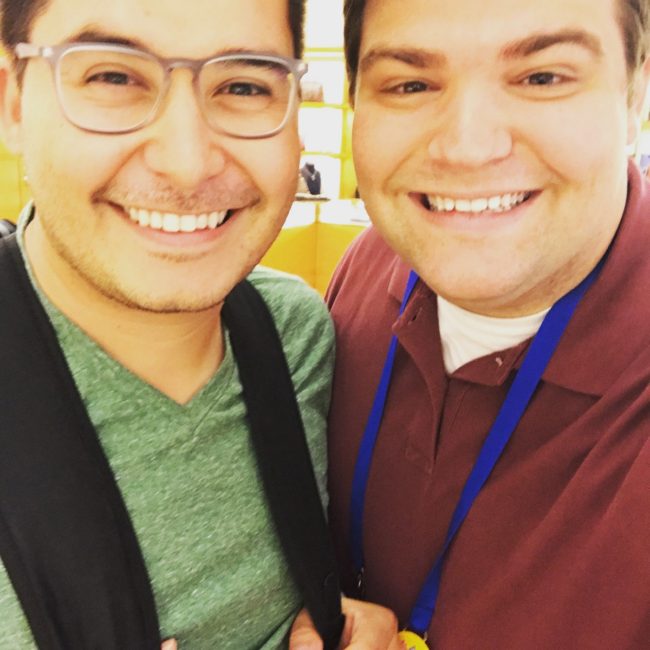 What Justin assumed to be a mere photo op transformed into a moment he’ll be telling his grandkids about some day when Clarkson called out, “Go get him now! Let’s do it!”

The whole thing was captured on video, and Clarkson’s reaction soon went viral.

“Oh my God, I’m so happy,” she said after Alex popped the question. “I’m like a part of it. That was so beautiful. Congratulations.”

But when she learned they’ve been dating for four years, Clarkson came back with a zinger. 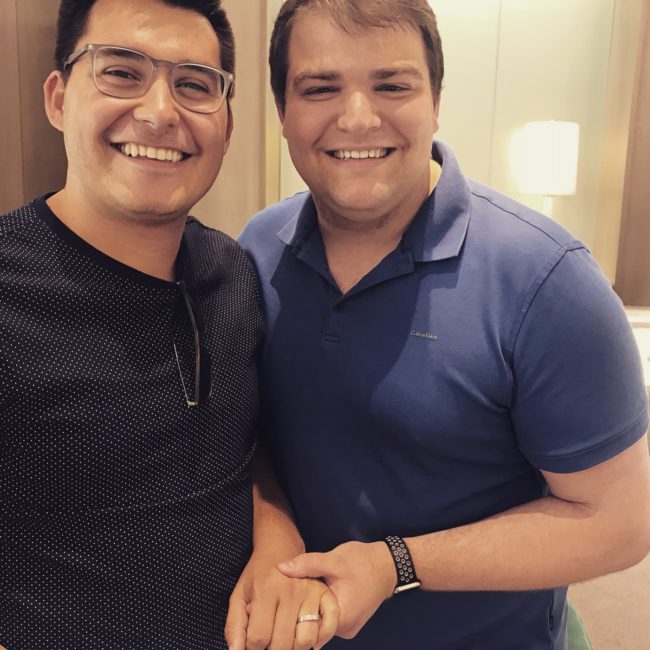 “After all this it has been incredible and of course we hope she would attend the wedding!! We love her,” Malerba said. “Also, it was months of savings to purchase the perfect Tiffany wedding ring to make sure he knows how much he is worth it to me!”

I would die if @TheEllenShow saw the video?! How about some RT’s. pic.twitter.com/cWDgqh58O3

Frankie Grande proposes to bf in another reality, will likely marry in this one

These gay wedding photos from 1957 are incredible… but who are the grooms?