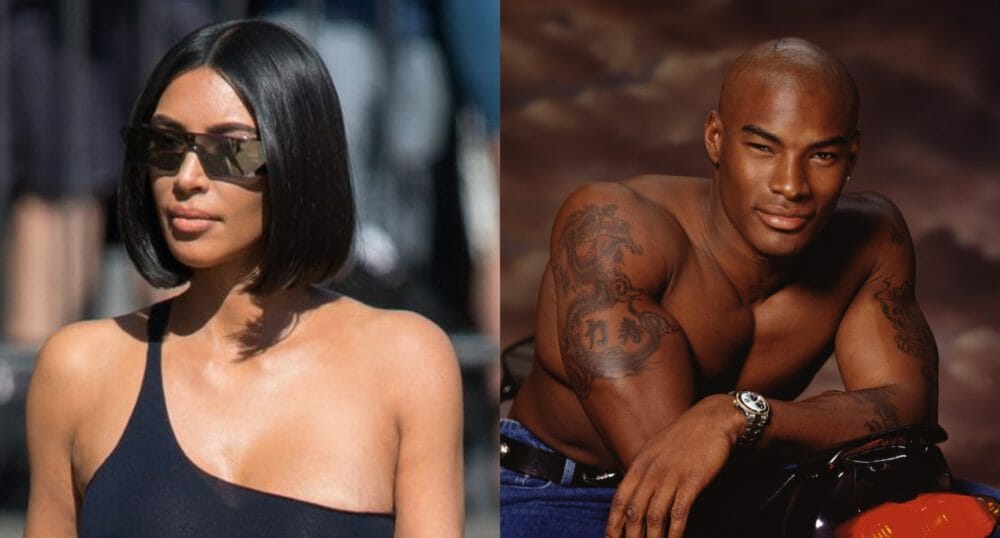 Kim Kardashian is under attack after she insinuated that male model and actor Tyson Beckford is gay.

The beef between the two began when Beckford made a dig at the reality star’s physique in the comments under @amiradyme’s post of Kardashian. In the picture, she was wearing an all-black ensemble, with tight velvet pants and an asymmetrical top, ahead of her appearance on Jimmy Kimmel Live! on Monday.

“Sorry I Don’t care for it personally,” he wrote. “She is not real, doctor fucked up on her right hip.” He added a green vomiting emoji. 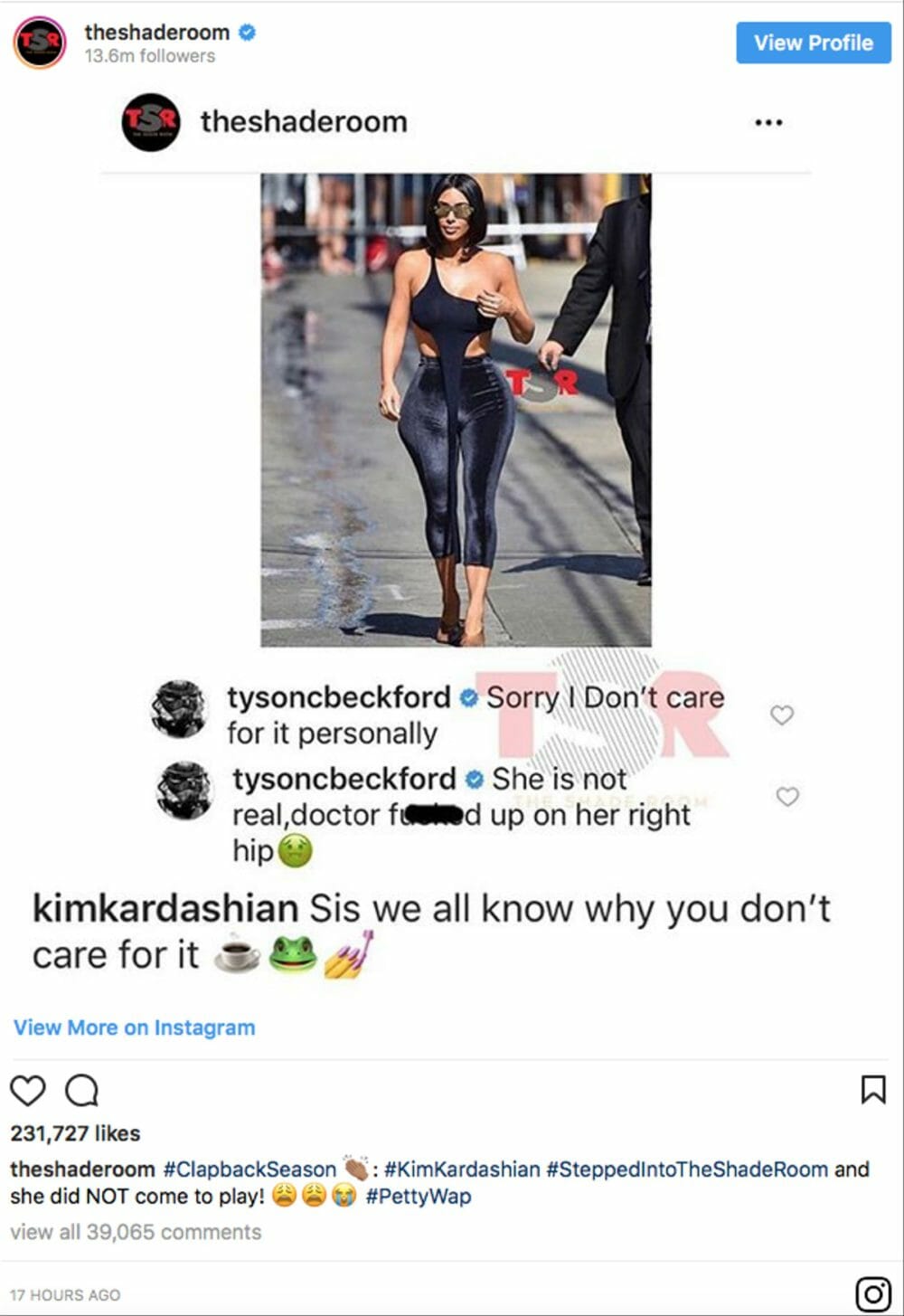 Soon after, an Instagram account called The Shade Room reshared the image with Beckford’s comments alongside. Kardashian took the opportunity to clap back on their post. “Sis we all know why you don’t care for it,” she wrote underneath the image, before pointedly adding a cup of tea emoji.

The clap-back was widely interpreted by users as a comment on Beckford’s sexuality, and many were unhappy with the tone of the remark.

@KimKardashian is trash!! I liked her until she used being gay as a drag on the shade room ig pg. honey you do not get to imply that someone is in the closet just because he didn't like your outfit/body you don't do that girl since you employ an array of gay makeup artist/stylist

What do you think? Did Kim Kardashian go too far with her comment?