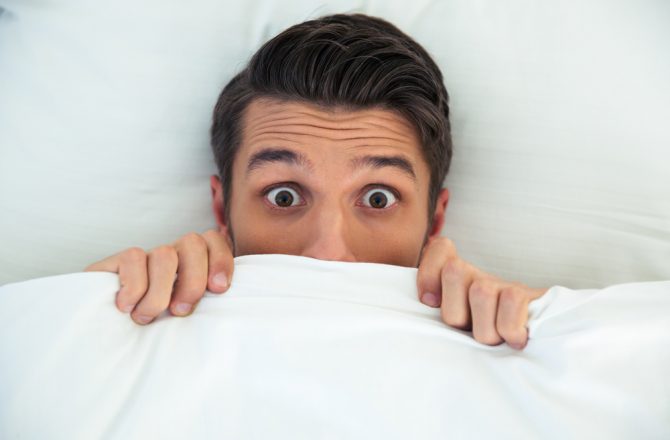 While I did not view Misterb&b as a sex app, I did pick my hosts based on how hot they were. After all, I was a 30-year-old man in my sexual prime on my first trip to Europe, and I needed something to be sexually attracted to as I used common spaces. Likewise, I assumed that my potential hosts were screening me as well. I imagined that they were deciding whether to give me food, water and shelter based on how symmetrical my face was. When I saw guests with five-star reviews, I figured that those guests had put out.

And then I got to Barcelona and realized I’d made a huge mistake.

Pablo (not his real name) was very kind and not-bad-looking, and had angular features and a toothy grin, and I appreciated his prickly charm; however, I was exhausted from my day of travel, and I needed to fall asleep without someone inside me. Thus, when Pablo finished his spiel about Barcelona’s public transportation system, I prepared myself for a polite parting.

I said the three simple sentences in Spanish that I could speak without difficulty — “What is your job?” “Do you like it?” “Can we speak in English now?” — and made my way for my bedroom. But apparently, the inability to speak Spanish is an aphrodisiac for Pablo, because he began making out with me.

Being the polite person that I am, I proceeded to make out with him in return; however, I was also still tired, and remembered that my finger hurt from when I had banged it into a wall that morning, shooting blood all over a five-year-old child’s face. I decided to tell him this. The mood was killed and I went to bed.

As I was dozing off, I couldn’t help but wonder: Did I just commit a faux pas? Had it been an unspoken understanding that I was supposed to blow my Misterb&b host? Was he going to give me zero stars now?

I swore to myself that I would never use Misterb&b again, and resigned to contact the service. I wanted to lash out at them for not having a rule telling hosts to avoid making out with guests if guests were tired. Working myself into a frenzy, I even began to imagine that Misterb&b was run by straight people who just assumed gays wanted to hook up with each other all the time, whether or not they were tired. I was furious. In fact, I was still tired when I got to Paris and banged my Misterb&b host.

Pierre (also not his real name) was cute, funny, insightful, and had danced for ten years with Mia Frye, the woman who invented the Macarena dance. He took me on a tour of Montmartre, and translated when an old French woman told me that my face was too soft and needed to be punched. (“Merci,” I responded, thinking she was telling me I was cute.) Pierre was also there when I saw the Eiffel Tower for the first time; he was there when I heard “La Vie En Rose” on an accordion for the first time. He told me that Taylor Swift was evil. We shared cheese.

It was at this point that I began to wonder if Misterb&b was not just a hook up app, but an escort service. Did Pierre really want to hang out with me? Or was he just doing this because I paid him $50? Should he have charged more?

When we made out later, I was so worried that Pierre was an escort that I asked, “Do you kiss all your Misterb&b guests?” (“Non.”) This just made matters worse. It created a vacuum where my old anxiety had been (“Is my Misterb&b host an escort?”), and allowed a new anxiety to take over: “Is my Misterb&b host just making out with me because he wants five stars?”

After having sex with Pierre, I thought to myself, “Did he only do that so that I could feel more at home? Had he only been flirting with me and telling me I was cute because I had paid him $50 and a service fee? Had he pulled out that penis-shaped bottle opener and said that it was ‘the same size as his’ because he did that for all of his guests?”

“Or maybe,” I thought, “Misterb&b is just whatever you make of it, Evan. Maybe Misterb&b doesn’t have ‘unspoken understandings’ that you need to know. Maybe if you’re having hangups about your sexual encounters with Misterb&b hosts, then your own insecurities and anxieties are just getting in the way of your happiness … again. Now go to bed.”