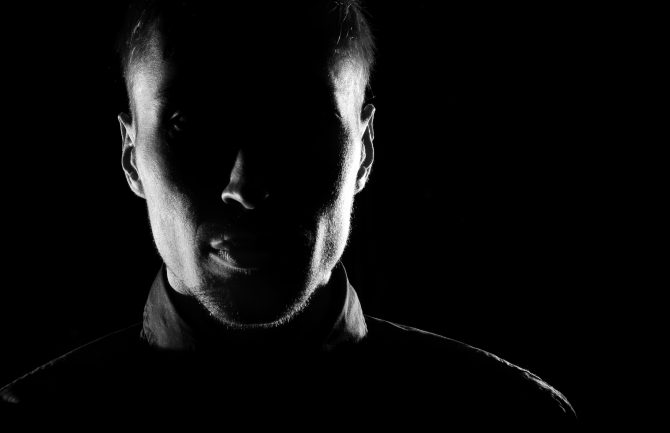 In a heartbreaking new interview, a man by the name of “Mr. Brown” sat down with Q Notes to talk about life on the DL.

According to Urban Dictionary, “on the DL (down-low)” is a term used primarily among African-American men who are gay or bisexual but portray themselves as heterosexual in their everyday lives.

36-year-old Brown tells Q Notes that he grew up in a community where being openly gay or bisexual “just isn’t an option.” His family was deeply religious and had a “zero tolerance policy” for anything LGBTQ-related.

“If you were a gay or bisexual man, you definitely didn’t talk about or tell anyone,” he says “No one in their right mind would open up a can of worms like that.”

Brown says he’s been attracted to both men and women for most of his life, but “I’m just not in a position where I can be out in the open about it.”

At 23, he married a woman, but he has maintained discreet sexual relationships with other men on the side for years. He mainly meets his partners on Grindr and Jack’d.

Related: Probation department employee admits to sleeping with parolee on the DL but denies killing him

“I mostly sleep with men who are on the DL, too, because that way I know they value their discretion as much as I do,” Brown says. “I’ve always been scared to death that someone would find out about my secret. And if it were to ever get out that I was bisexual, my life would basically be over.”

It has been a constant struggle, and Brown has had to be hyper aware of how he acts so as not to betray his secret.

“I never keep apps on my phone,” he explains. “I download them, and then after I meet up with someone, I delete the app from my phone.”

Brown says he isn’t proud of being on the DL and he wishes he could be more honest with the people he loves, but, sadly, he doesn’t see that as an option for himself.

“If I came out of the closet now, my entire life would be over,” he laments. “My wife would divorce me and try to take my kids away, my family would literally disown me and I would become a social outcast. And, I’m just not willing to give up my whole life just because I happen to be attracted to both sexes.”

He continues, “Every time I sleep with a man I feel guilty. But, that doesn’t stop me from going back online and doing the same thing again when I get that itch.”

Related: On The DL: Straight-Identifying Men Speak Candidly About Their Sexual Relationships With Other Men