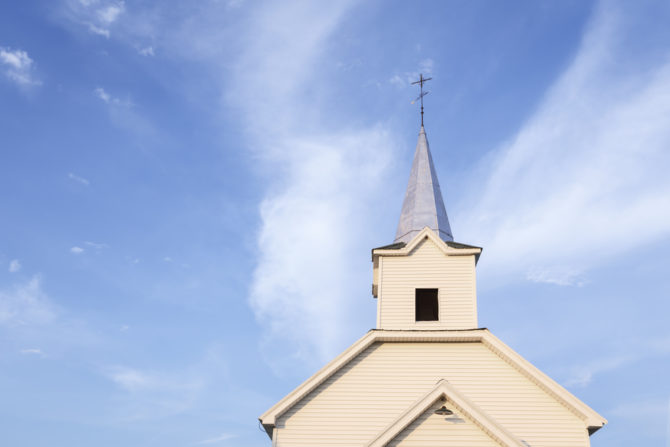 Members of the Asatru Folk Assembly from the small farming town of Murdock, Minnesota want everyone to know that they’re not racist despite applying for a permit to deny entry to anyone who isn’t white into their new church building.

Amazingly, the group was just granted permission by the Murdock city council to open its “whites only” church, where they plan to practice their ancient pre-Christian religion, which they claim originated in northern Europe.

“We were highly advised by our attorney to pass this permit for legal reasons to protect the First Amendment rights,” Mayor Craig Kavanagh tells NBC News. “We knew that if this was going to be denied, we were going to have a legal battle on our hands that could be pretty expensive.”

The Asatru Folk Assembly was added to the Southern Poverty Law Center’s list of hate groups in 2018 and is considered by many to be a white supremacist organization, though its members vehemently deny this.

“We’re not. It’s just simply not true,” Allen Turnage, a folk assembly board member, insists. “Just because we respect our own culture, that doesn’t mean we are denigrating someone else’s.”

In addition to discriminating against anyone who isn’t white, the organization also considers LGBTQ people “heathens” and forbids them from their tradition, meaning it is an equal opportunity hate group.

Murdock City Attorney Don Wilcox says the whole thing boiled down to freedom of speech and freedom of religion.

“You can’t just bar people from practicing whatever religion they want or saying anything they want as long as it doesn’t incite violence,” he says.

Murdock, which is located about 115 miles outside of Minneapolis, has a population of roughly 300, with Latinos making up about 20 percent of its citizens.