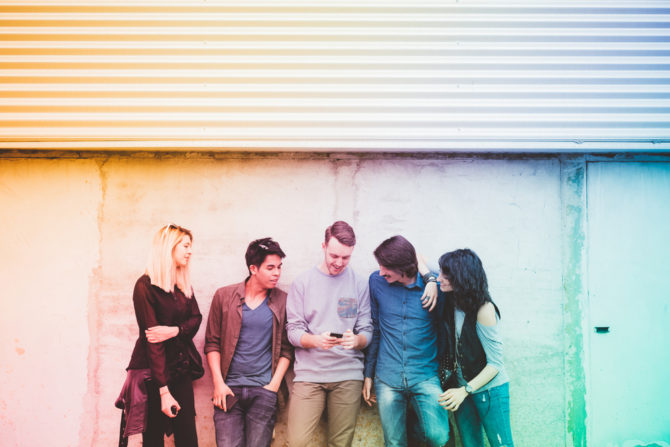 “Queer culture. Is it endangered? Gasping its last? Just sad?” that’s what Cynthia Belmont, a professor at Northland College, wants to know.

Belmont teaches courses in feminist and queer theory. In a new op-ed published by Salon, she says in the last few years, she’s seen an uptick in students who seem to take offense at things that have defined LGBTQ culture for decades.

Belmont recalls a colleague who was recently scolded by a non-binary student for using the term “drag queen” to describe a self-identified drag queen who participated in the Stonewall riots.

“My colleague, who is 35, queer, and teaching Sociology of Sexuality, is informed that this is an incorrect and insulting term.”

Another time, Belmont says, she had students tell her they were “deeply disturbed” after watching a drag queen’s performance because she made comments they felt were “insensitive and triggering.”

I argue that it is the privilege of drag queens to ridicule, insult, and generally slay in all ways absolutely everyone in the name of humor — and that this privilege constitutes a moment of public power for a marginalized group. I say that there is empowerment in humor and in being able to take what the drag queen dishes out. They do not accept this explanation, failing to imagine how pointed insults could be acceptable in what is supposed to be a supportive community.

Gone are the days when queer culture was about being a rebel and challenging the status quo.

“I came up in the ’80s and ’90s, when queer culture was hot because it was outsider culture, and I liked it that way,” Belmont, who is 49, writes. “I liked the centrality of playfulness within this culture — the fact that we couldn’t take ourselves too seriously because, as with many marginalized groups, humor was survival.”

Survival in the face of the HIV/AIDs crisis, drug and alcohol addiction, and legalized homophobia.

These days, Belmont laments, queer culture has become all about bathroom wars and gender pronouns, and while she recognizes those things are important, it’s not the same as it was ten or twenty years ago, and it’s not cute.

Apparently, in the pursuit of rights and respectability, we have somehow shifted as a culture from the celebration of eros to the celebration of victimhood — to comfortably inhabiting a state of being prickly and appalled — and apparently we now have to be and feel like victims in order even to deserve rights.

She concludes by writing: “I won’t — I can’t — believe in the victim as the new face of queer culture. What were all those drag queens at Stonewall fighting for, anyway? If victimhood is hot, then we have lost.”

What do you think? Are millennial snowflakes are ruining queer culture? Share your thoughts in the comments…