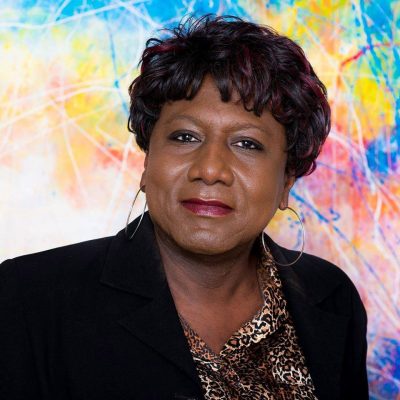 After transitioning in the mid-1990s, Monica Roberts quickly earned a reputation as an early leader of the fledgling equality movement. She co-founded the National Transgender Advocacy Coalition (NTAC) in 1999 and her excellence in advocacy has only deepened since.

Monica is probably best known as the creator of the blog TransGriot, where Roberts searing critiques of anti-trans bigotry and violence, combined with eloquent unapologetic cries for civil and legal equality have moved tens of thousands.

Among many other accolades, in 2016 Roberts was awarded the Virginia Prince Transgender Pioneer Award from Fantasia Fair, making her the first black person to receive the accolade.

We sat down with Monica to discuss her work, her legacy, and the misconceptions transgender people continue to face to this day.

Tell me about yourself. What would you like people to know about you?

Besides the fact that I’ve been now transitioned 25 years. I’ve been active and lobbying on a national level for now 21 years, you know, going into my 22nd year. I do have a sense of humor. What I’m saying, I am loved. I like to tell is I’m loved by my community, but hated by the religious rights and the trans-exclusionary radical feminists.

You’ve kind of already given a good answer to this, but just tell me something about yourself that might surprise people, or that they might not expect about you.

Yeah. I think I gave it away with a sense of humor, but something else is I’m a Battlestar Galactica and Star Trek fan. And I like candy corn.

Can you tell me about TransGriot, that is, why you chose to start it and, and what it’s become?

Um, I was living in Louisville at the time, back in 2001. I founded the blog on New Year’s 2006 and it got started in large part because the blogging craze was starting to take off. And we had a couple of blogs that were trans specific, but they really weren’t talking about issues in a way that I felt that they needed to talk. There weren’t really any blogs talking about the issues from a black trans perspective. I went with the, You want it done right? You gotta do it yourself.

I started it, on that New Year’s night. It took me most of that year to figure out what I wanted to talk about. We’re now almost 13 years later, with a GLAAD media award win after a couple of nominations. I’m still doing it.

When I started, I was also writing a column for an LGBT paper in Louisville I saw blogging as a real-time way to talk about the issues of the day since my column was kind of a monthly thing, and I had to turn the column in before they actually printed it. You have to figure out, you know, topics that by the time that a person may actually pick up the paper and read it were still timely and on topic. So, blogging was a way to talk about the developments in the community in a real-time way.

The fact that I have control over the blog became very important — and what I wanted to write, especially since some of the stuff that I write about race, and the LGBT community, and calling the TERFs out every chance I got, calling out media for the disrespect that they were heaping on trans folks who were being murdered. Also, the indifference in the black community to what was going on, and the silence of many.

I’ve been an equal opportunity offender. Let’s say I pissed everybody off on one level or another. And that tells me that I was doing my job as a writer. I’ve also been able to document the history of our community as it’s going on, because now I can kind of look back and go through different essays, like when we got yanked out of the federal Employment Non-Discrimination Act and you can see in my posts the anger I was riding with at the time, like a lot of us were at the time that was happening and I say, yeah, I was pissed then and justifiably so.

I was also documenting a lot of the firsts in our community. Writing about my pride in seeing the first black president elected in this country, and going back and reading those posts and smiling, especially in light of the idiot we have an office right now. Yeah. We were a much different country. 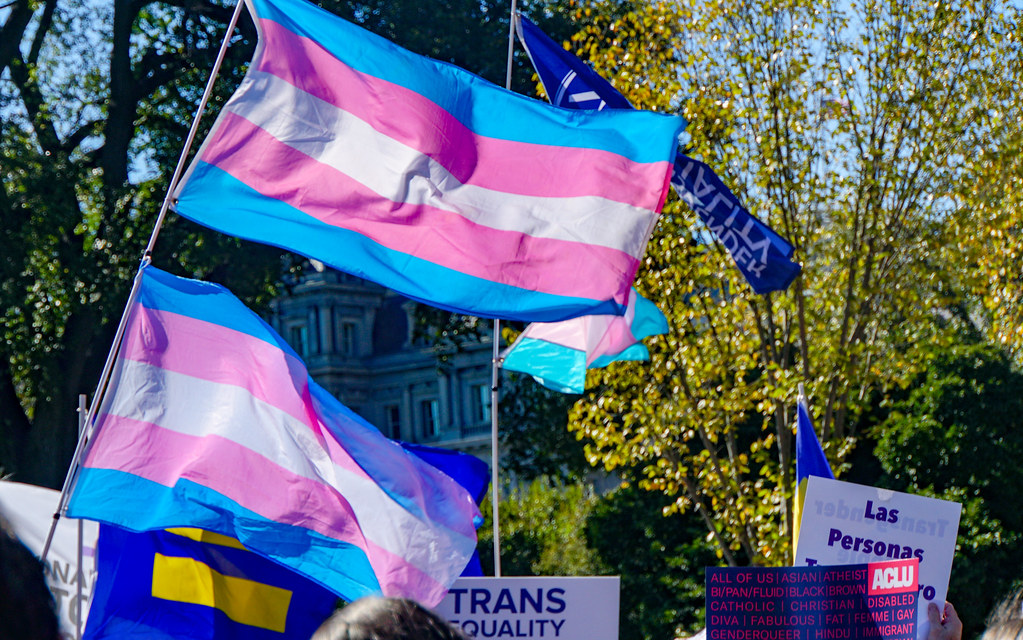 Transgender Awareness Week is upon us, so I feel I should ask: what do you feel people should be more aware of when it comes to transgender people?

Especially from the black trans end, I’m a little tired that while the murders definitely need to be focused on, far too often when it comes to discussing black trans folks, we get more coverage when we’re dead then we actually do for doing positive things when we’re very much alive.

Like, for example, you know, having Andrea Jenkins and Felipe Cunningham, both sitting on the Minneapolis city council, you know, at the same time representing their different districts, or Andrea Yearwood one of the young black trans high schoolers who is a track champion, and the push back we’re getting on that.

It’s far too often that we’re focused more on the murders and us being what I call the tragic transsexuals rather than, you know, some of the positive stuff that we do.

Is there any misconception about transgender people that you would most want society to get past?

Where do I start on that one? That trans women aren’t linebackers in dresses. The bottom line is that we were born this way. Our kids can tell as early ages three and four who they are and who they need to be — and they aren’t programmed — as you see with the mess that’s going on on North of me in Dallas right now, with that dad, and our Republican politicians are jumping on the issue because they’re about to lose control of the Texas House and they’re desperate to seize on any issue that will drive their voters to the polls.

Some of the other stuff that’s a pet peeve of mine that, that the only thing that we can do with sex work when it comes to black trans women. That’s irritating.

You have done a lot around the Transgender Day of Remembrance, including chronicling a lot to anti-transgender murders yourself. Why do you feel that is important?

For the same reason that you founded TDOR 20 years ago. We were in a position where we were starting to forget the folks that had been murdered, you know, at that point in 1998 and 1999. We had just gone through the situation where Rita Hester was literally disrespected. It was worse from the media then.

You know, also the fact that those, the folks committing those crimes were getting little to no punishment.

How do you picture the future for the transgender community — and related to this, what would you like people to remember about our community?

It is important as trans folks that we make Donald Trump a one-term president, and ensure that the democratic party get full control of this government to start cleaning up the mess that 45, with the help of the Family Research Cuncils, the TERFs, the Heritage Foundation, and a Republican party — looking to score cheap political points — have done to this community. Also, I’m not going to leave out the sellouts in our community that voted for Donald Trump for blame.

Everything that we worked for, starting back in the 1990s with the International Conference on Transgender Law and Employment Policy conference, has been pretty much rolled back. We’re going to have to spend the next decade or so trying to get back to where we were. That’s only possible if we get control of the government at the federal level. Those of us who live in red States with Republican governorships, until we can get control of our state governments, we’re pretty much dependent upon the action at the federal level. With all these vastly unqualified judges that they’re putting in, that’s going to ruin stuff for decades to come.

At the same time, you know, we faced challenges far worse than a Trump. And we’ve worked our way around it. We’ve made a way out of no way, and we will continue to do that.

The benefit is that they have us as elders. For the first time in our community’s modern history, we have an opportunity to have intergenerational conversations with our younglings. They can, if they choose to, listen to what we have to tell them and avoid the mistakes that we made — and maybe, even in some cases, teach us some things, or, put fresh eyes on some of the problems that we’ve had and show us a new way of thinking about them, which will benefit all of us.

Is there’s anything you’d like to add? Or anything that I didn’t mention?

Oh yeah. One thing is that the front line of the trans rights struggle has shifted to Texas and South, it’s past time for funders to fund the organizations in the South so that we can do our work. Especially organizations that focus mainly on black trans and trans folks of color. It’s critically needed, because, you know, we are basically a purple state here in Texas now.

It’s inevitable. It’s going to flip. We know it and the Republicans know it, which is why they’re trying to put all this repressive stuff in now, because as much as they like to say, ‘Don’t California, my Texas,’ but it’s too late. We’re already in process of turning into the California East. Being California and being Colorado is out goal — because basically if we flip Texas, Republicans lose any shot at getting the presidency again for decades.

It’s why they need to be investing in the South and especially in Texas. We are the front line at this point. The history of this movement has also got a Texas Twang to it.

I’m about a decade from collecting a social security check, so yeah, it’s on my mind.