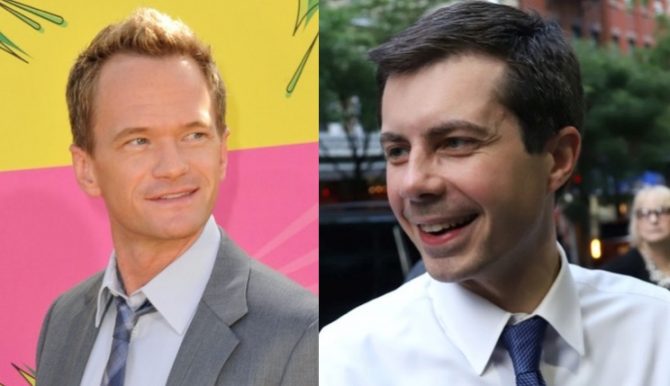 Whether or not he has any real shot at the nomination, it’s safe to say Pete Buttigieg is having a moment.

On Monday, Buttigieg appeared at the God’s Love We Deliver’s Golden Heart Awards in New York to accept the outstanding leadership and public service honor.

The co-chairs of the event, Neil Patrick Harris and husband David Burtka, reportedly had to get strategic in order to get face time with the Democratic candidate, putting the phrase ‘if at first you don’t succeed, try, try again’ to its most literal application.

Their first approach proved fruitless — Buttigieg was sandwiched between Anna Wintour and Tiffany Haddish and good luck breaking through that defensive line.

Later in the night, however, they tried.

Related: Bee lands on Pete Buttigieg and his – and husband’s – response is perfect

“Burtka and Harris made a second attempt, this time figuring their way in was through chatting up Haddish,” reports Variety.

No luck — “Buttigieg didn’t even turn around.”

But you’ll be relieved to know that the third time was the charm. Sometime after 9:30 p.m., the couple made contact with Buttigieg. It’s a true American success story.

Later during the charity auction, someone paid $85,000 for a dinner with Harris and Burtka.

We’re going to assume Buttigieg was not the buyer.