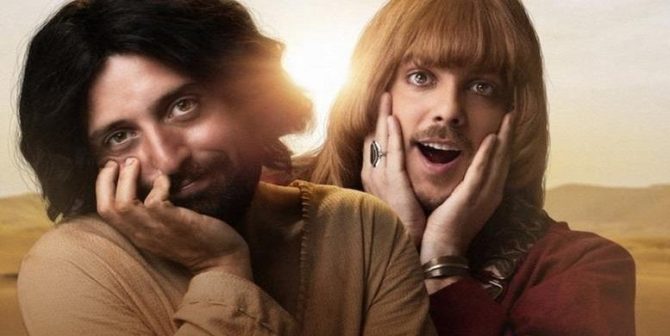 Netflix just stepped in it.

The streaming giant is poised to release Brazilian satire The First Temptation of Christ this holiday season, which depicts Jesus as a gay man bringing home his boyfriend to meet Mary & Joseph. The film has already sparked international backlash, with over 700,000 people petitioning to have the film banned.

The Advocate reports that The First Temptation of Christ, produced by the comedy troupe Porta dos Fundos, has ignited a firestorm in Brazil, where a group of churches known as the Coalition of the Gospel has called on Netflix to remove the film from its library for offending Christians. Pastor Joel Theodoro of the Bairro Imperial Presbyterian Church in Rio de Janeiro likened the film to the Crucifixion itself, “slapping [Jesus], spitting on him, beating his head to bury his crown thorns, mocking him, forcing him to walk naked in the streets.”

Brazilian politicians also joined in the chorus of dissent, with Rep. Marco Feliciano calling on “joint action by the churches and good people to stop” release of the film.

Porta Dos Fundos has a history of controversy involving its satire, though its timing of a film depicting Jesus as gay happens to coincide with a rise in homophobic sentiment. The Presidency of Jair Bolsonaro has brought with it a new wave of homophobic attitudes and legislation, much like the Presidency of Donald Trump in the US.